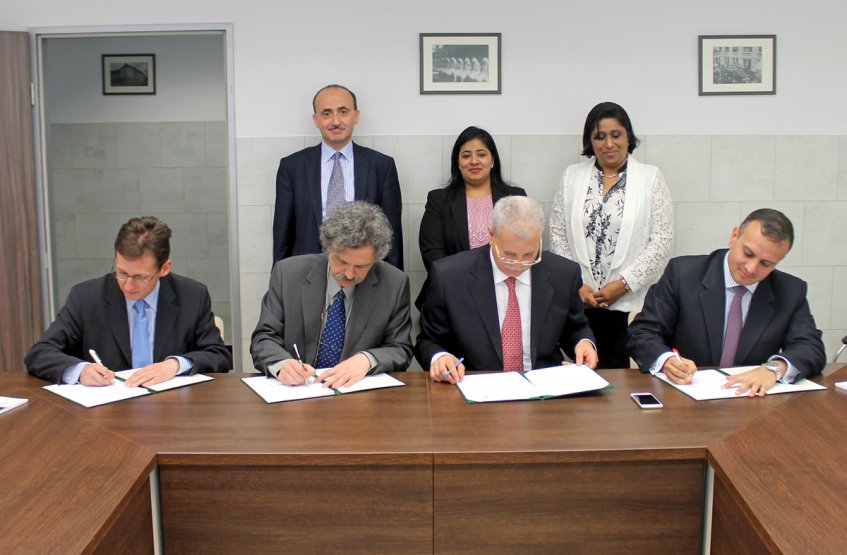 Dr. Noor Aldeen Atatreh claimed that the joint cooperation between the two educational institutions contributes to enriching the cultural and scientific capacity in support of academic and educational experiences through joint initiatives of benefit to students and teachers in the areas of science and research.

He even stated that the joint convention between Al Ain University and the University of Debrecen is part of efforts to promote exchanges and communication between them, which would reflect positively on the two universities by enriching their experiences through values and ties as mentioned in the agreement of cooperation regarding issues of mutual interest. Moreover, the two universities will adopt a plan to strengthen the scientific and cultural knowledge through exchange visits of officials, exchange of experience of joint scientific research in various fields, in addition to scientific and cultural conferences that address common issues, the allocation of research by both positions as agreed and as permitted by the rules applicable to each.

And Prof. Ghaleb El-Refae affirmed that the exchange of documentation and information of common interest will be under the signed convention between the two universities, as easily as the exchange of visits of staff members and students to increase the cooperation in the areas of scientific research, specially in the colleges of Pharmacy and Engineering and Information Technology.

Debrecen University is situated in the town of Debrecen in Eastern Hungary, which is 250 kilometer away from Budapest. It is the second largest public university of higher education which was instituted in 1538. Over the centuries of its existence, it has been and remains one of the most important establishments of higher education in Hungary and Eastern Europe.