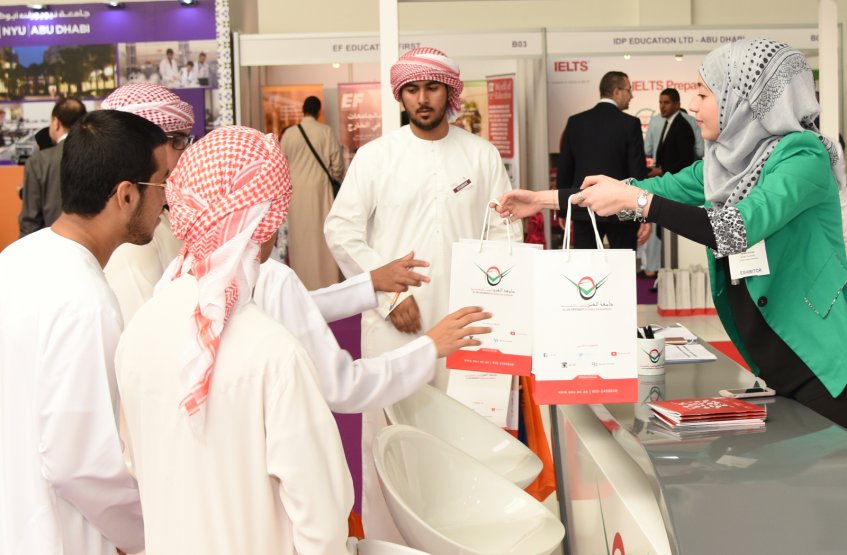 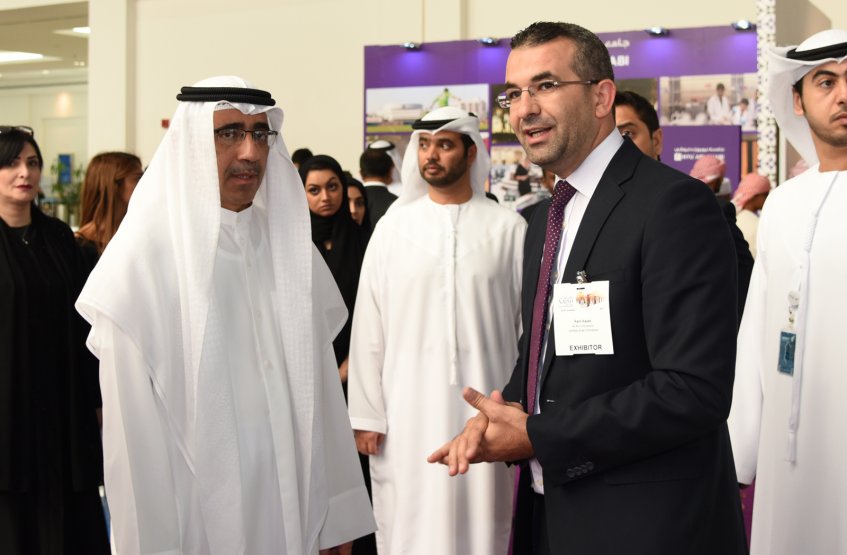 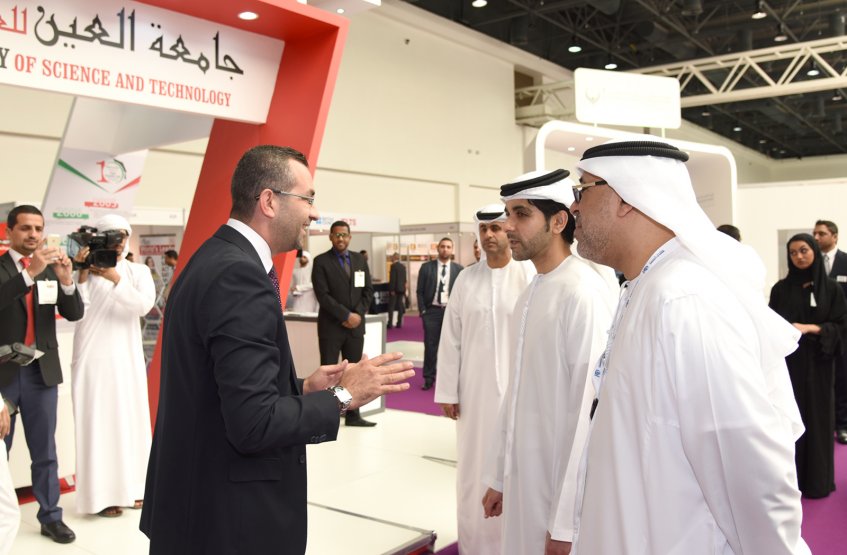 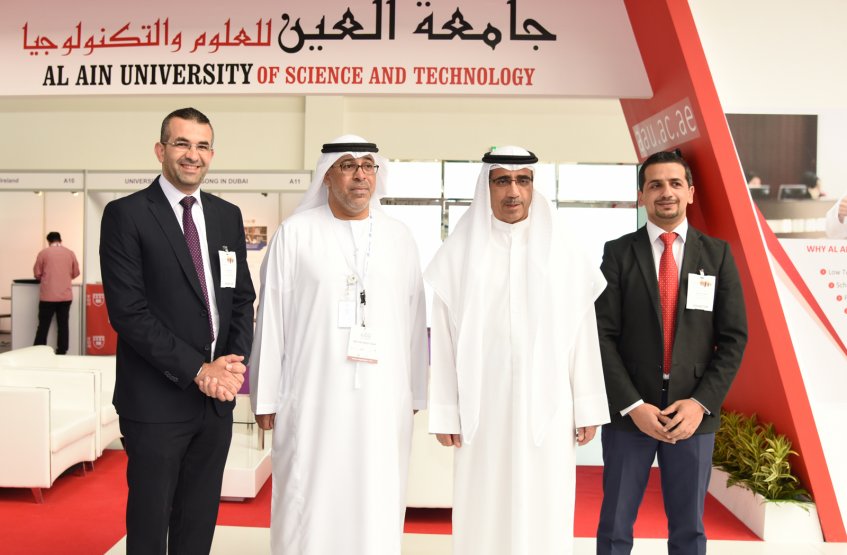 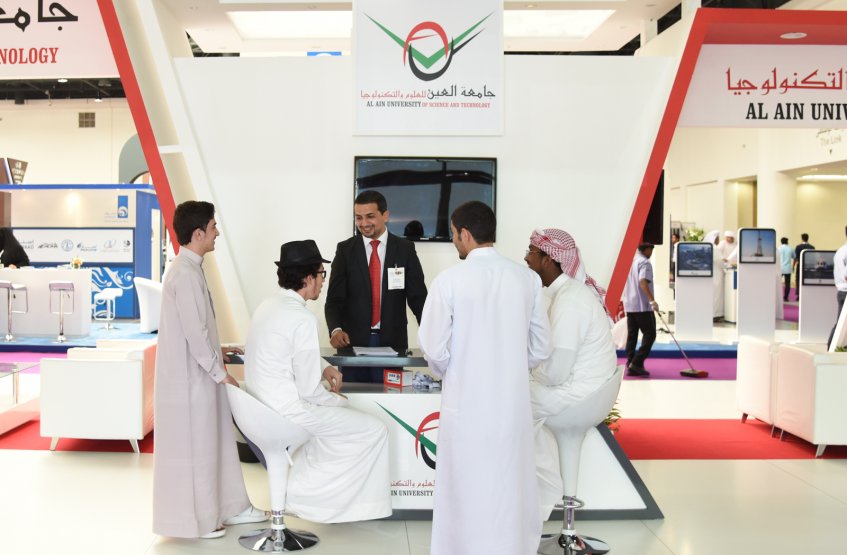 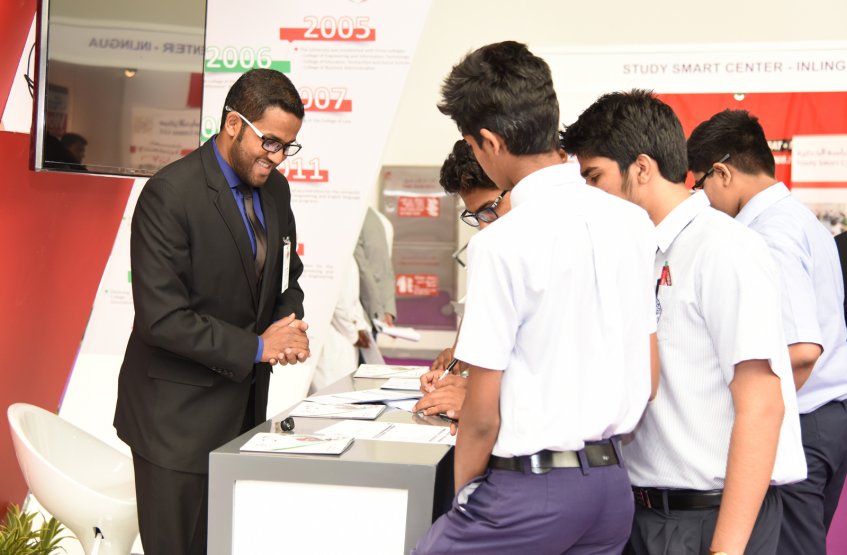 In its eagerness to communicate with students in all the fields, Al Ain University participated in Najah AL Ain Exhibition 2016 under the patronage of His Excellency Sheikh Nahyan bin Mubarak Al Nahyan, Minister of Culture, Youth and Community Development, the exhibition will take place in Al Ain Convention Centre in the city of Al Ain, between 25 to 27 April 2016.

His Highness Sheikh Hazza bin Tahnoon Al Nahyan, Undersecretary of the Court of the Ruler's Representative in the Eastern Region, has visited the booth of Al Ain University at the Najah Exhibition 2016, where he took a look at the latest developments and programs of both campuses of the university.

The Minister of State Adviser on Higher Education Saif Al Mazroui, has visited the AAU booth and praised Al Ain University and its evolution since its foundation.

The aim of the AAU participation is to communicate with the students and the parents, as Al Najah Exhibition is the space and important opportunity for all students and parents to know more about the university's specialized programs, offering them information about the university, its colleges and study programs at all levels, as well as answering all the questions and queries of the students who are interested in the academic study, applying for the Master's degree or the Professional Diploma in Teaching.

In this context, Prof. Ghaleb El Refae, AAU President, stressed on the keenness of Al Ain University to be presented at all exhibitions and conferences concerning the students, where the university has always sought to achieve continuous communication with students and deliver a bright picture about Al Ain University at various levels.