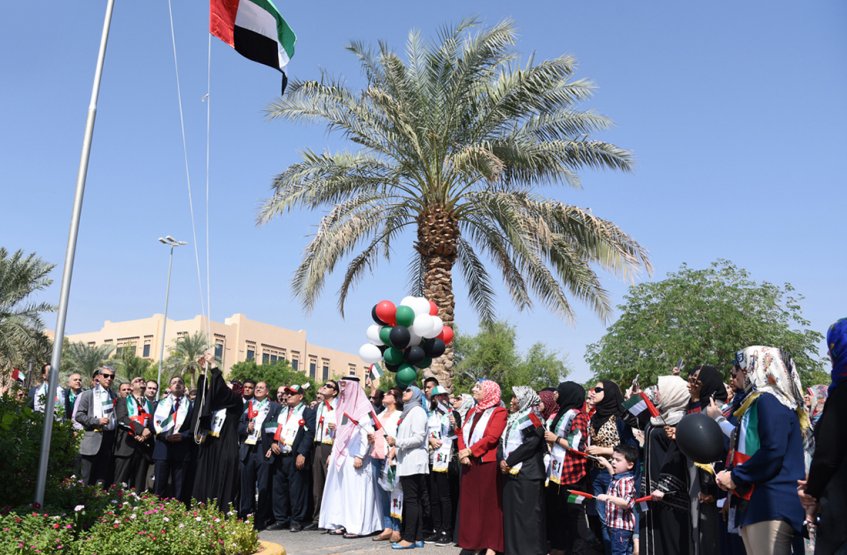 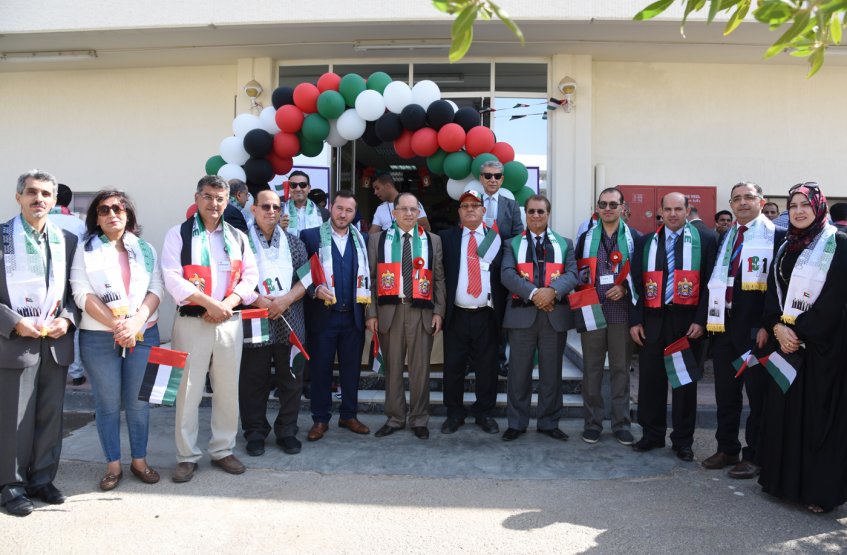 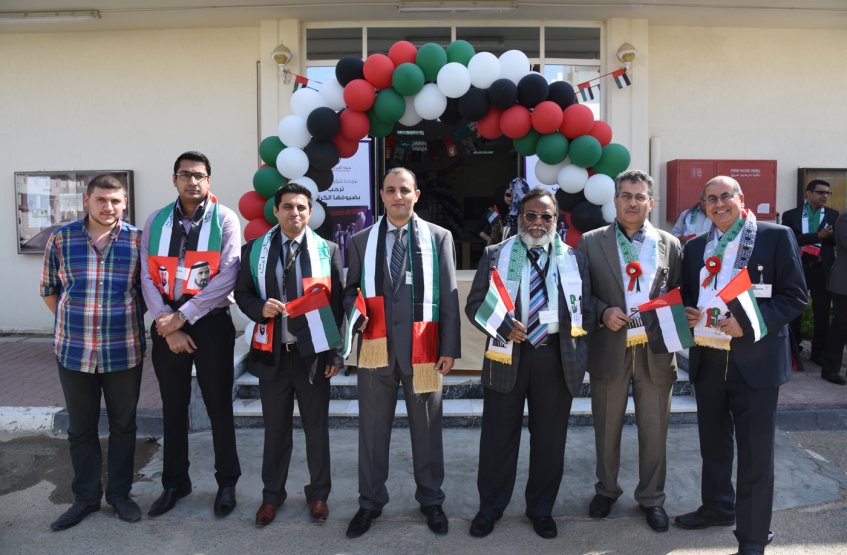 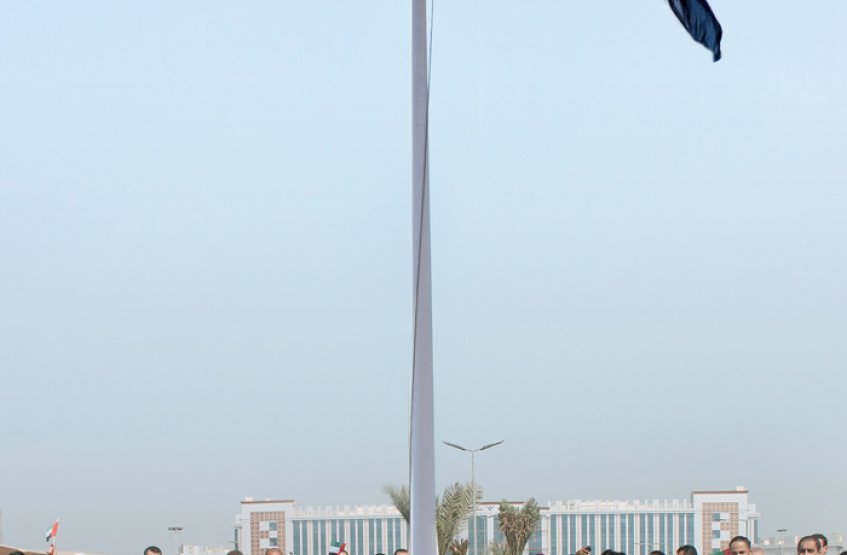 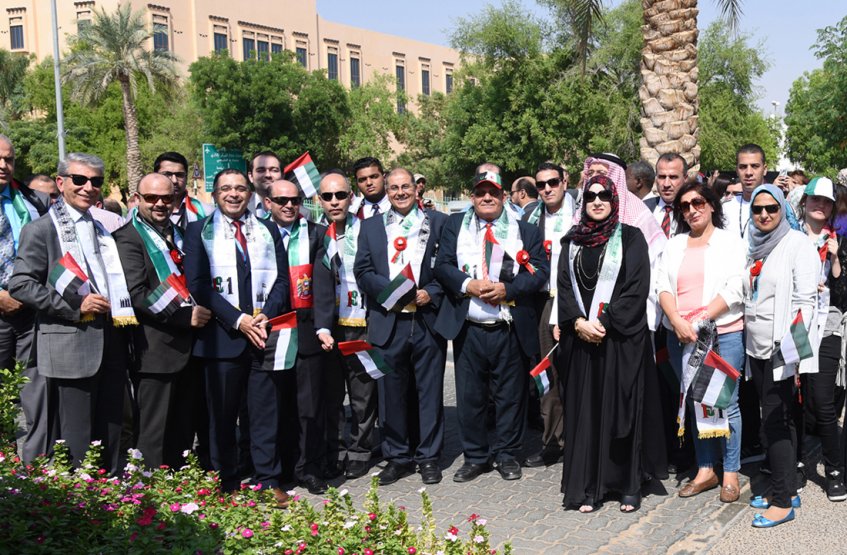 Exceptional and historic moment was at Al Ain University today at 11 AM in both campuses Abu Dhabi and Al Ain, Where the Deans, academic and administrative staff and university’s students gathered to raise the flag of the United Arab Emirates to fly high in UAE’s sky, on the occasion of the “Flag Day” which marks on Third of November, when the UAE President H.H Sheikh Khalifa Bin Zayed Al Nahyan became a President of the United Arab Emirates, and all the UAE celebrates this day in order to support the initiative of H.H Sheikh Mohammed Bin Rashid Al Maktoum –Vice President and Prime Minister and Ruler of Dubai” under the slogan “Raise it high .. to Keep it High”.

The university’s campuses were decorated with UAE’s flags, Also, the Deanship of Student Affairs presented the flags and small gifts to all the attendees in a very joyful and happy atmosphere with the national songs that filled over the place.

The celebration of the Flag Day comes from the deep belief of Al Ain University on the importance of this day, where the flag is considered as a symbol of national identity and belonging, It also expresses the highest sense of peace, justice and forgiveness, affirmation of the love and loyalty and the soul sacrifice in order to remain it high and strong as the UAE’s people.

In addition to the university's keenness to keep up with all the national events and activities of the country as an expression of love and gratitude to this country and its founders.