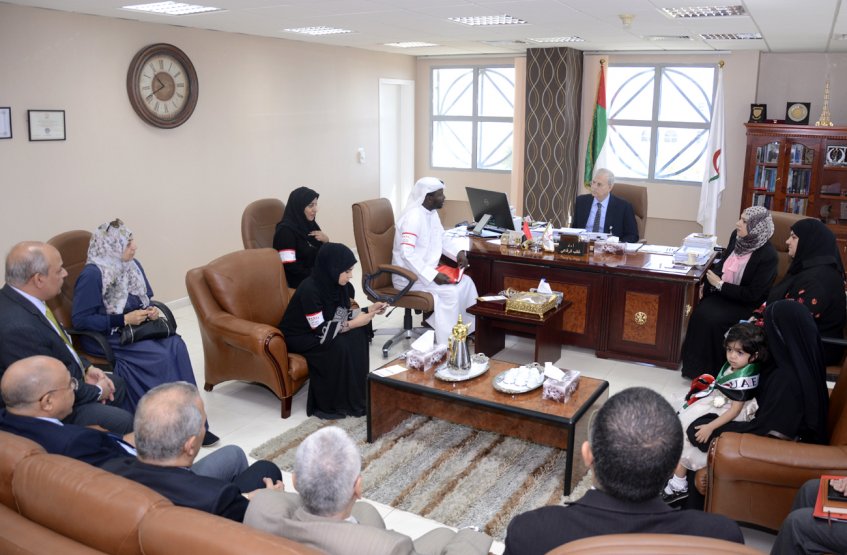 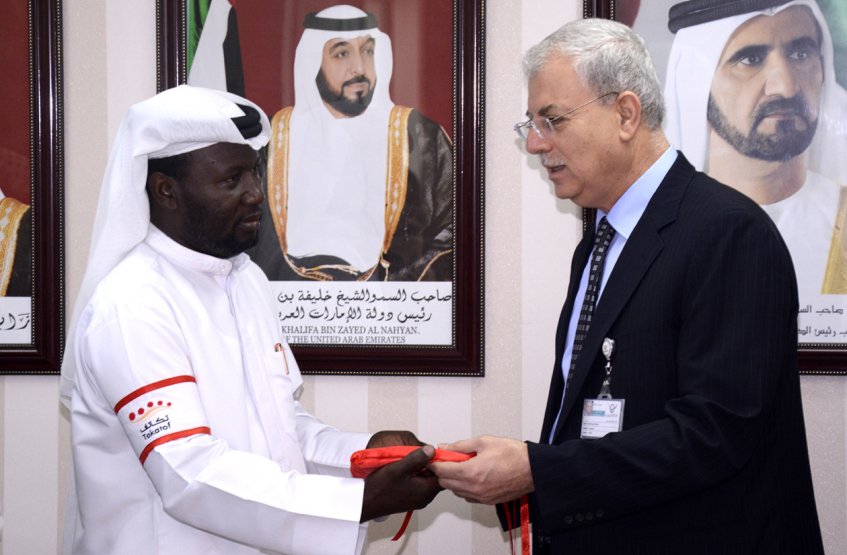 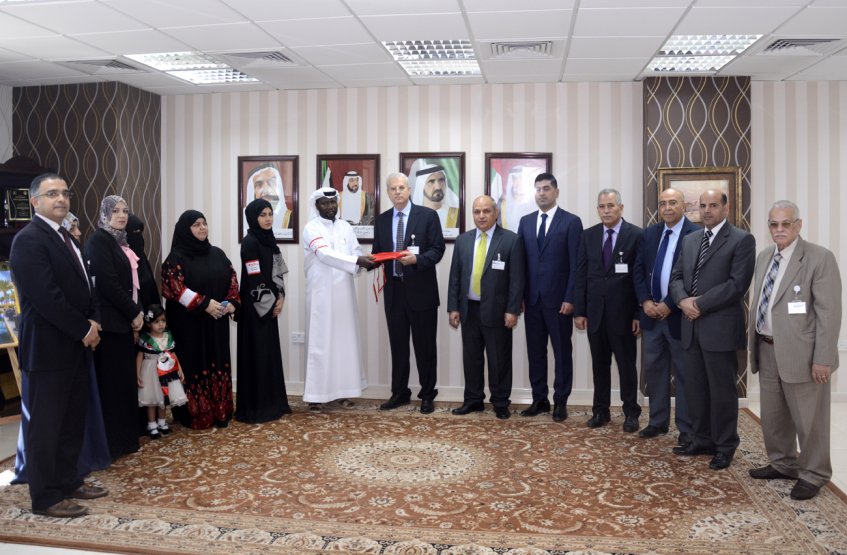 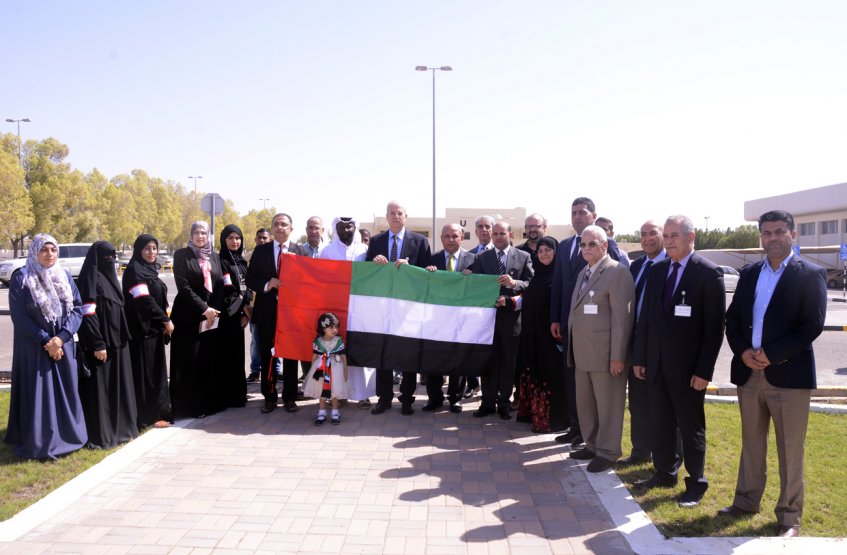 Al Ain University represented by Prof. Ghaleb El Refae, AAU President, and the Deans received a delegation from Takatof Program for Social Volunteering of the Emirates Foundation, where they deliver the UAE flag within the campaign “Flag Protection” in cooperation with “Watani” Foundation UAE.

This campaign is one of the main activities associated with the “Flag Day” which coincides on the Third of Nov 2017. It aims to promote the Flag through distributing flags to the government and private companies to replace damaged flags with new ones and to distribute brochures on the ways of preserving the United Arab Emirates flag.

Commenting on the initiative, Prof. El Refae expressed his pride in receiving the flag of the United Arab Emirates, which is part of the national identity. He praised the efforts of “Takatof” and “Watani” Foundation to launch this campaign, which promotes the flag culture.