Within the Initiative “My life is more important than my calls” Sheikh Balrkad & Prof. Al Refae Emphasize the importance of creating a common awareness culture 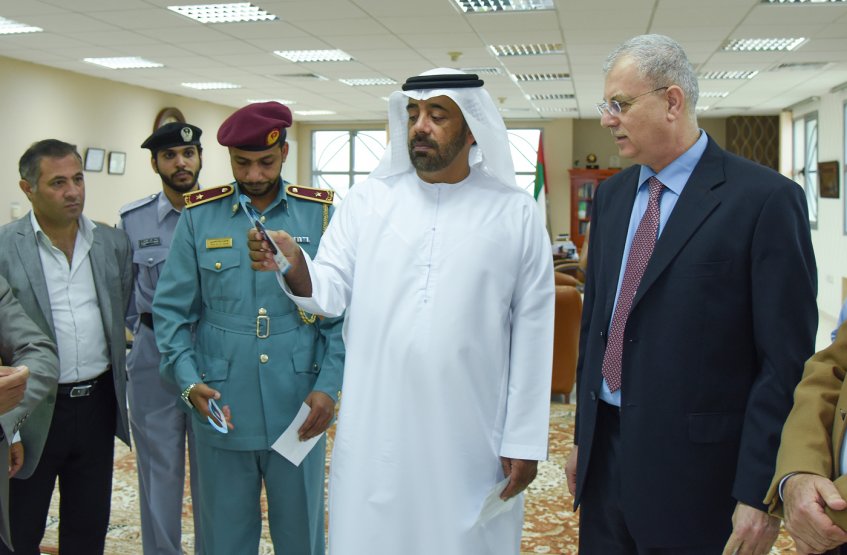 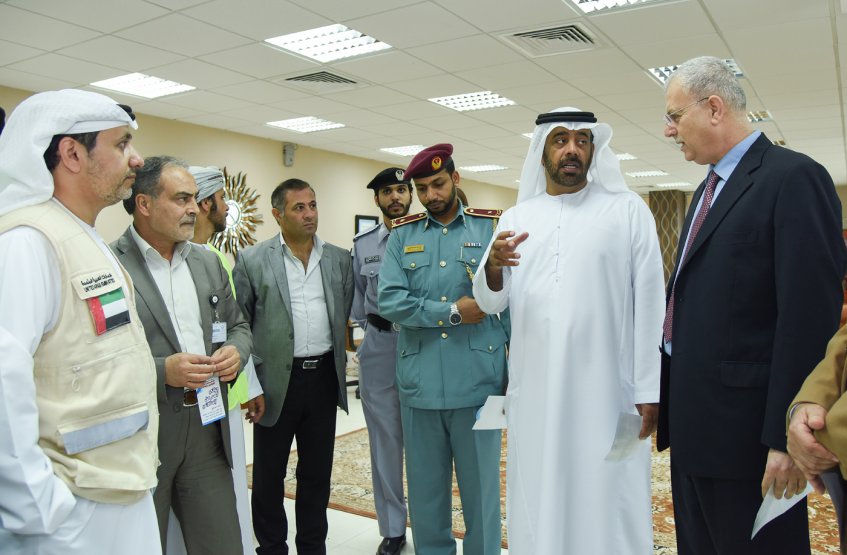 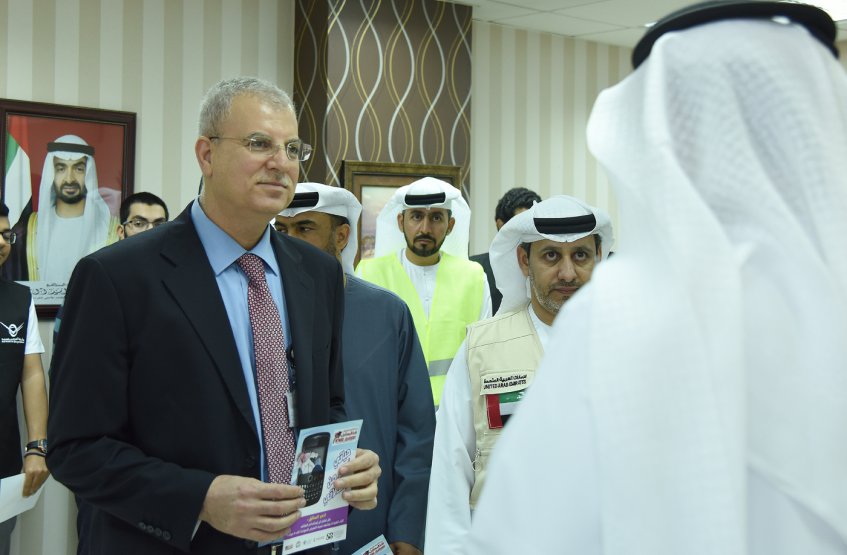 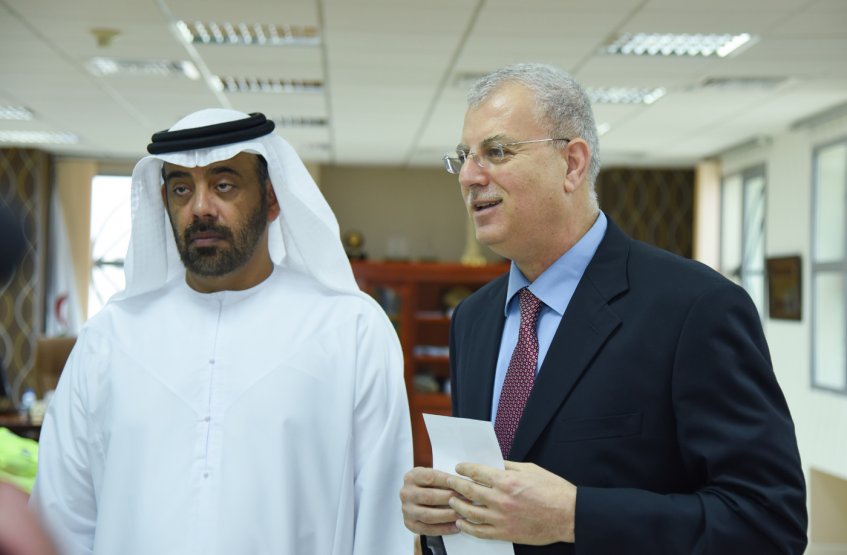 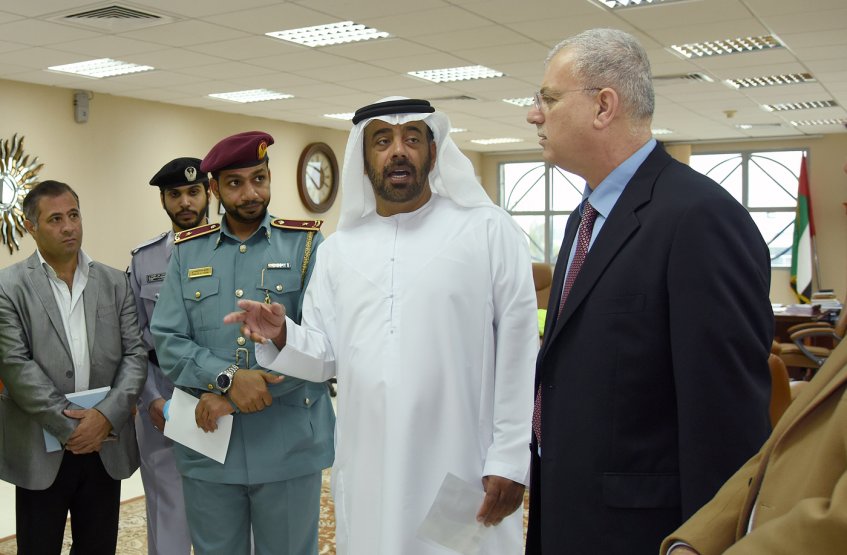 Al Ain University received Sheikh Salem Balrkad Al Ameri and his accompanying delegation in Al Ain Campus, were they visited the university within the campaign «Your Safety in the Goodness Year» under the title "My life is more important than my calls”, in cooperation between Al Ain Police, Community Police, Department of Municipal Affairs And Transport, Emirates Red Crescent, Anti-crime team  in the Emirates Association for Lawyers and Legal, National Volunteer Program and Human Development and Future Leaders Training and Consultancy. The initiative aims to educate drivers about the risks of using mobile phones while driving.

He added that launching this initiative is an embodiment of the UAE government in the Goodness Year through the participation of government and private agencies, by stressing the importance of the cooperation of all community institutions and stakeholders to change some of the negative behaviors in the community.

For his part, Prof Al Refae expressed his pleasure on Sheikh Belrkad’s visit, and his pride  of choosing Al Ain University to be one of the educational platforms to spread awareness among students, praising the efforts of Sheikh Belrkad, his accompanying delegation, all the volunteers and participants from government and private entities for their efforts.

Prof. Al Refae stressed on that Al Ain University will be one of the main supporters of this initiative and would contribute in raising awareness in the university community, Declaring that he will issue a generalization for all academic staff to: “Customize the first five minutes of each lecture to raise awareness among students of the danger of using mobile phones while driving” to support the directives of the UAE’s leadership in the Goodness Year.

He also commented: “This initiative is to contribute creating a culture of awareness among students and the community, especially young people. At the end of the visit, Prof. Al Refae provided his special thanks for Sheikh Belrkad and his accompanying delegation for their visit, wishing more cooperation in the future between the two sides.