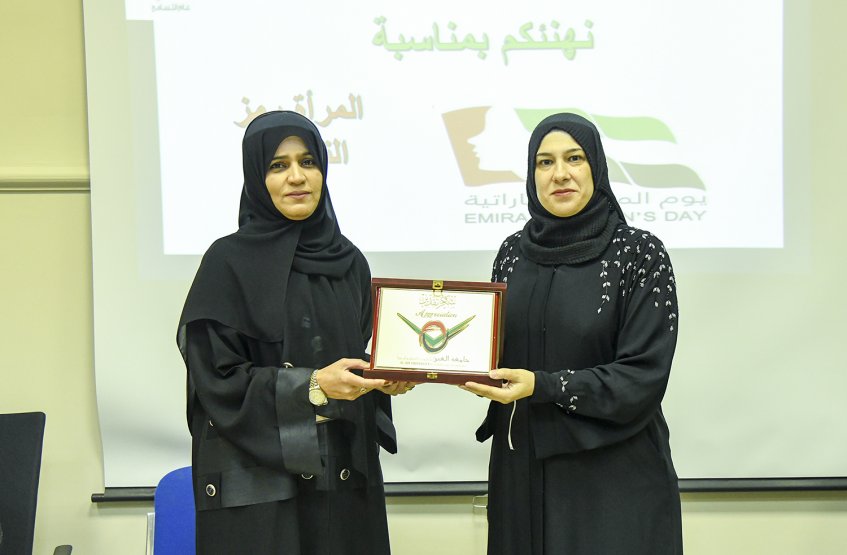 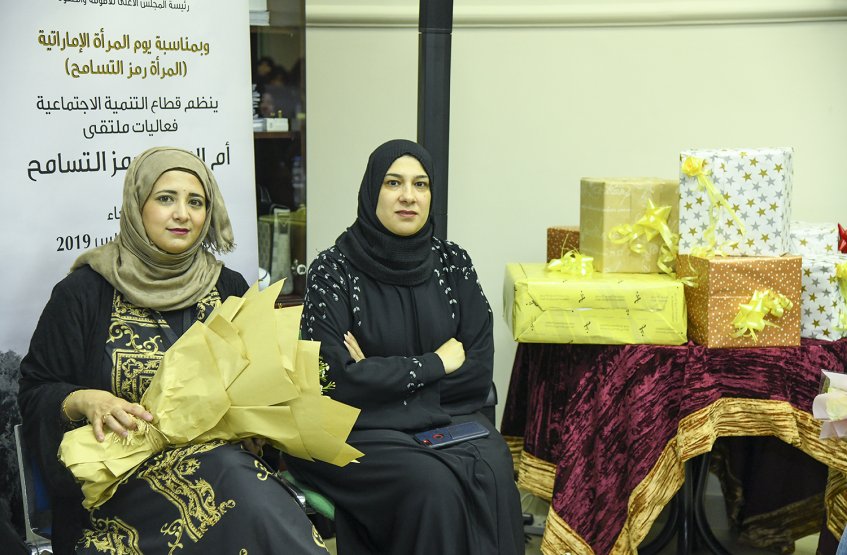 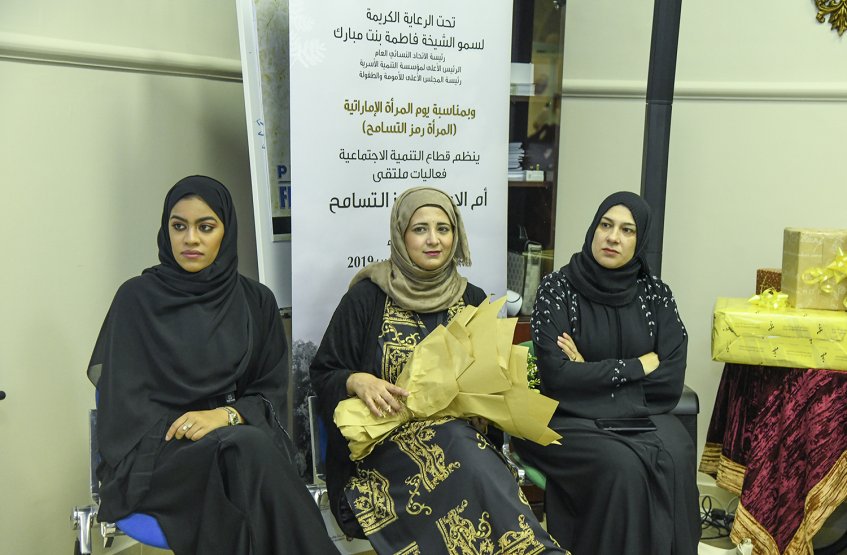 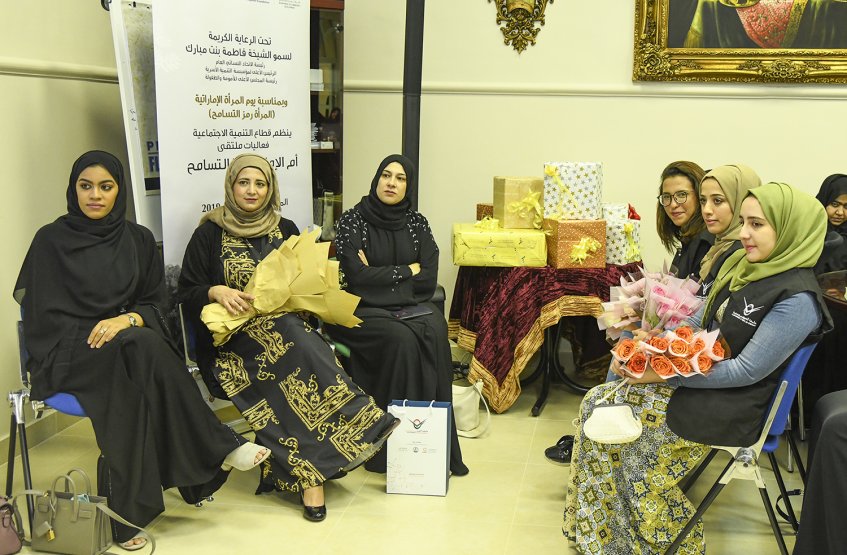 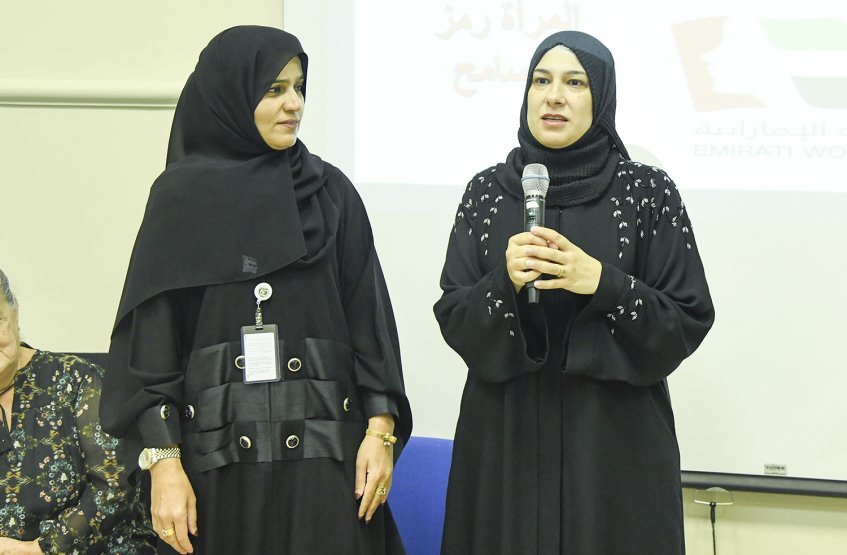 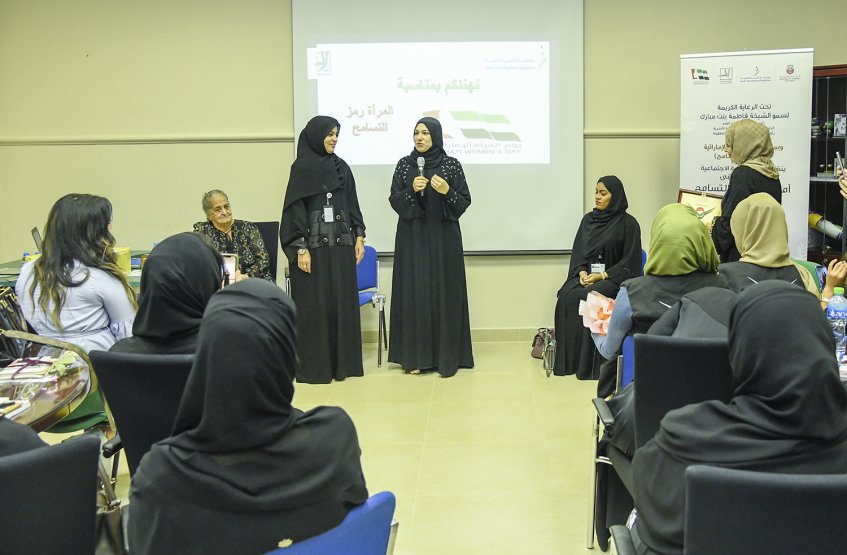 In cooperation with Abu Dhabi Volunteers Pride, the Deanship team at the Abu Dhabi campus organized a discussion forum for Emirati women to talk about their successful stories. The forum also included distributing souvenirs in recognition of their active role in the UAE society. In addition to providing a shield of appreciation to Mr. Ahmed Al Blooshi, Director of Abu Dhabi Volunteers Pride.

On the other hand, the Deanship of Student Affairs team at Al Ain Campus celebrated with the Family Development Foundation, which held a series of lectures presented by Ms. Khawla Al Suwaidi, Director of the Center, she talked about the positive role played by Emirati women and the support given by the wise leadership of Emirati women to enhance their position in society. Also, a group of women talked about their success stories and experiences in life, stressing the need for women to be strong, ambitious and strive to achieve their goals and to benefit her community and nation.

Dr. Ibtihal Aburezeq, Dean of Student Affairs, praised the role played by the UAE represented by the wise leadership to support Emirati women in all fields. She also thanked the Family Development Foundation for hosting. At the end of the ceremony, Dr. Ibtihal presented a shield of thanks and appreciation to Mrs. Al Suwaidi and AAU students also distributed roses to the women.

Al Ain University participates in the 14th edition of Tawdheef

Started the second semester 2019-2020 at AAU with Health activities