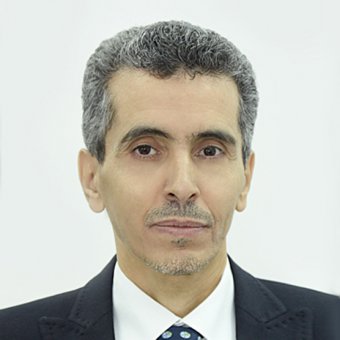 Osteoporosis Related Knowledge and Attitudes: The Scenario in Tripoli, Libya

Published in: Journal of Medical Biomedical and Applied Sciences

Abstract: Background: Osteoporosis is a worldwide disease, which is characterized by a reduction in bone mass and alteration of its architecture that increases bone fragility and the risk of fracture. Objective: This study aimed to assess knowledge and attitudes towards osteoporosis of undergraduate medical students in Libya. Methods: A cross sectional-based study was conducted at Tripoli University, Libya among medical undergraduate students. The participants’ responses were encoded and descriptive analysis was undertaken, and the chi-squared test was used to ascertain any significant difference among the participants’ responses. Results: More than half (389; 52.1%) of the respondents from three different medical colleges have had some knowledge about osteoporosis. More than three quarters (576; 77.1%) described osteoporosis as brittle bones. The majority, 676 (90.5%) agreed with the statement that women are more likely to get osteoporosis than men. Regarding the knowledge of participants about the link between osteoporosis and other health indicators/conditions, the majority 638 (85.4%) of the respondents did not agree that “osteoporosis is a nonhereditary disease”. Interestingly, 486 (65.1%) of the participants did not agree that osteoporosis affects women only at menopause, and that smoking, alcohol drinking, and pollution were an important risk factors in developing osteoporosis. In reducing the risk of osteoporosis, 725 respondents (97%) selected calcium and 617 (82.6%) selected vitamin D as important nutrients. Conclusions: Medical university students have acceptable but not comprehensive knowledge about osteoporosis related to epidemiology, etiology, pathophysiology and treatment. There is need to continuously revise the medical colleges syllabi and update the courses to reflect recent advances in the management of osteoporosis. Key words: Osteoporosis, Survey, Tripoli University, Menopause

Published in: Journal of Molecular Graphics and Modelling

The ɑ7 receptor is a member in the nicotinic acetylcholine receptor (nAChR) which has been implicated in several neurological disorders. Beside normal agonists and antagonists of α7 nAChRs, several studies revealed other types of molecules that are able to activate or deactivate ɑ7 receptors via allosteric binding; those are called positive allosteric modulators (PAMs) or negative allosteric modulators (NAMs), with the former having more pharmacological importance than the latter. Since both types of modulators are believed to bind to the same place in the intracavity of the transmembrane domain, it was important to differentiate between them in terms of structural features and their binding with the target receptor, and then use these specific characteristics as filters to discriminate PAMs from NAMS. To do that, modulators' physicochemical properties were investigated using two databases of known PAMs or NAMs which were then used to elucidate a specific pharmacophore for each class. Interestingly, PAMs were found to be relatively larger and more polar compared to NAMs, which was observed to carry a positive charge with double the number of cases than PAMs. Furthermore. a pharmacophore for each class was developed and the best PAMs pharmacophore was successfully able to pass 94% of tested PAMs and to eliminate 71% of NAMs, while the best NAM pharmacophore was able to pass 82% of NAMs and to filter out 85% of PAMs. Docking these known modulators into the α7 nAChRs allosteric site identified several amino acids that are key for specifically binding PAMs compared to NAMs. Next, these findings were employed in virtual screening and then seeding experiments were conducted to validate the developed pharmacophores usage as filters prior to the final docking. Interestingly, the number of retrieved PAMs in the final docking list was improved by up to five-fold compared to the non-filtered protocol, which clearly indicates for the efficiency of our protocol to pick true PAMs over decoys. Hence, the pharmacophore-based filtering technique developed in this work can act as a valuable tool in the pursuit of new, potent PAM molecules as therapeutically useful modulators of the α7 nicotinic receptors.

The choice of pharmacy profession as a career: UAE experience

Published in: Asian Journal of Pharmaceutical and clinical Research

Recent studies have shown that many types of mushrooms may have important physiological functions in humans including antioxidant activities, regulation of blood lipid level and blood glucose level. The present study was designed to investigate the antihyperglycemic effect of ethanolic Terfezia boudieri Chatin (TBC) extract on streptozotocin (STZ) induced-diabetic rats. The results showed that, rats which were fed with a concentration of 200mg/kg of TBC ethanolic extract had a significant reduction in the plasma blood glucose (P<0.005). Polydipsia was stronger in the induced diabetic rats which were not fed with TBC extract than in those receiving the T. boudieri extract.

Published in: Journal of Inflammation Research

The aim of this study was to identify nationals at risk of developing type 2 diabetes within the next 10 years in some areas across Tripoli Health Authority in Libya. In this questionnaire-based survey, a total of 400 Libyan nationals of both genders were randomly selected from seven areas across the central area of Tripoli Health Authority (Soug El-Juma, Zawet Dahmani, Al-Furnaj, Ain Zara, Al-Madena Centre, Al-Dhahra Centre, and Noflean). All participants approached (400) completed the study and responded to the items of the survey. Based on a modified Finnish Type 2 Diabetes Risk Score test (FINDRISC), 129 (32.3%) were categorised as either at moderate or at high/very high risk of developing diabetes within the next 10 years of life. Among the 129 participants at risk, body mass index was >25kg/m2 in 125 (96.9%) and waist circumferences were high (>88cm for females; >102cm for males) in almost 45% of the women and 22% of the men. We found that in the sample studied the risk of developing diabetes was clear, and there is no doubt that interventions to reduce such risk are a priority rather than a need. Diabetes has a great impact on the health of the nation and also on the future resources of the country in managing the disease and its complications; a health education/health campaign could be one good answer to tackle the problem.

1 Relaxation responses of the rat isolated duodenum to the putative M1 muscarinic receptor agonist, McN-A-343, were examined to determine whether the response was due to the release of known non-adrenergic, non-cholinergic relaxant neurotransmitters and to establish the involvement of M1 muscarinic receptors. 2 The role of ATP was examined with the P2 receptor antagonist, suramin, which at 30 μm antagonized the relaxant responses to α,β-methylene ATP. The same dose, however, failed to inhibit the relaxation by McN-A-343. 3 The role of nitric oxide (NO) was examined with the NO synthase inhibitor, NG-nitro-l-arginine methyl ester (l-NAME; 100 μm), which failed to inhibit the responses to McN-A-343. As NO mediates relaxation of the duodenum via cGMP generation through guanylyl cyclase, whether the relaxation by McN-A-343 was also via cGMP was examined with the guanylyl cyclase inhibitor, 1H-[1,2,4]oxadiazolo[4,3-a]quinoxalin-1-one (ODQ). The relaxation responses to the NO donor, S-nitroso-N-acetyl penicillamine, were inhibited in the presence of ODQ (3 μm), but not those by McN-A-343. 4 Release of γ-aminobutyric acid (GABA) was examined with the GABAA receptor antagonist, bicuculline (10 μm), which shifted the concentration–response curves for the relaxation of the duodenum by GABA to the right. There was a similar degree of shift in the concentration–response curve for McN-A-343 by bicuculline indicating that release of GABA from enteric neurones of the duodenum could explain the relaxation response to McN-A-343. 5 To test whether the muscarinic receptors mediating the relaxation of the duodenum were of the M1 subtype, the susceptibility to the selective competitive antagonist, pirenzepine and the selective muscarinic toxin from green mamba, MT7, was examined. Pirenzepine (1 μm) shifted the concentration–response for McN-A-343 to the right in a parallel fashion with a dose ratio of 33.3 ± 20.2. This yielded a pA2 value of 7.5, which concords with those for other responses reputed to be mediated via M1 muscarinic receptors. The toxin MT7 was used as an irreversible antagonist and following incubation with the duodenum was washed from the bath. An incubation time of 30 min with 100 nm of MT7 caused a significant parallel shift in the concentration–response to McN-A-343 confirming the involvement of M1 muscarinic receptors. 6 This study has confirmed that McN-A-343 relaxes the rat duodenum via muscarinic receptors of the M1 subtype and that these receptors are probably located on enteric neurones from which their stimulation releases GABA.