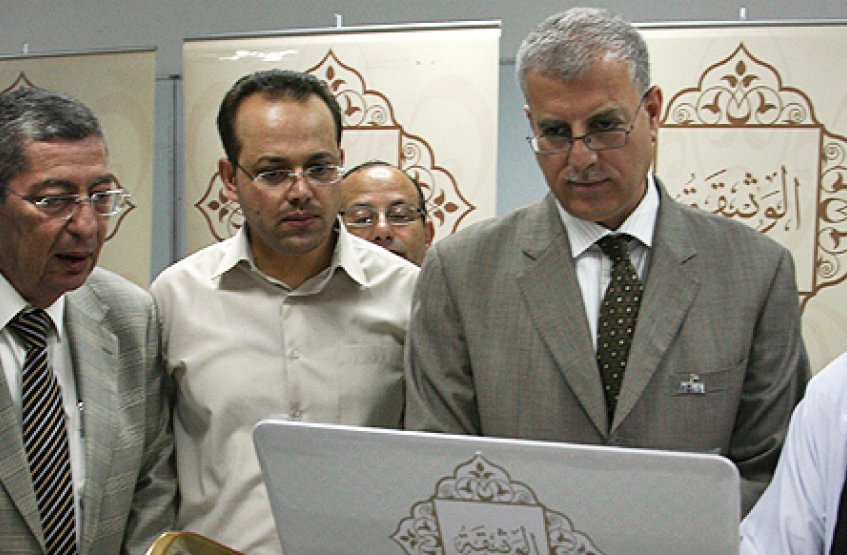 Professor Ghaleb El Refae, President of AAU and other members of AAU staff and students at Al Ain campus hosted the signing of the (Our Allegiance to Khalifa) Charter, organized in cooperation with the Allegiance Charter Team, which included HE Dr. Abdullah bin Mohammed Yousef Al Shaibani, the Chief Executive of the Charter.

Prof. El Refae congratulated the UAE on its 40th National Day and lauded the leadership of the UAE’s dedication to overseeing the development of the country over four decades of prosperity. He commended the pioneering accomplishments in the economic, educational, social, cultural, construction, residential and health sectors presented for both UAE nationals and residents of more than 180 nations. He also praised the spirit of national unity standing behind this success and prosperity throughout the UAE and the pride every Emirati feels.

He complimented the Charter’s initiative and said, “It was an effective step in highlighting a loyalty culture towards both the nation and the leadership that has worked hard to achieve immeasurable growth in a relatively short period of time.”

In a brief, passionate speech HE Dr. Al Shaibani talked about the Charter’s goals and the positive response it received from all residents as well as several peace-loving Arab and foreign countries who had registered their support.  He said the statements found in the Allegiance Charter reflect the deeply-rooted loyalty of the people in the UAE.

AAU students also welcomed the project as an excellent opportunity for them to express their great love and devotion for their homeland and its leadership. Furthermore, they added that for the people of Al Ain, the signing of this Charter was a declaration of their limitless allegiance to the country and would show how proud they are to live in this historic city.