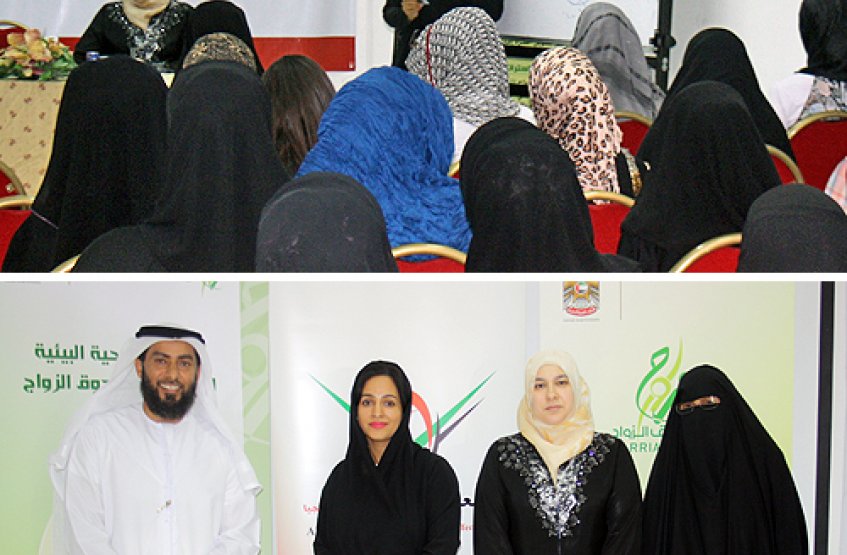 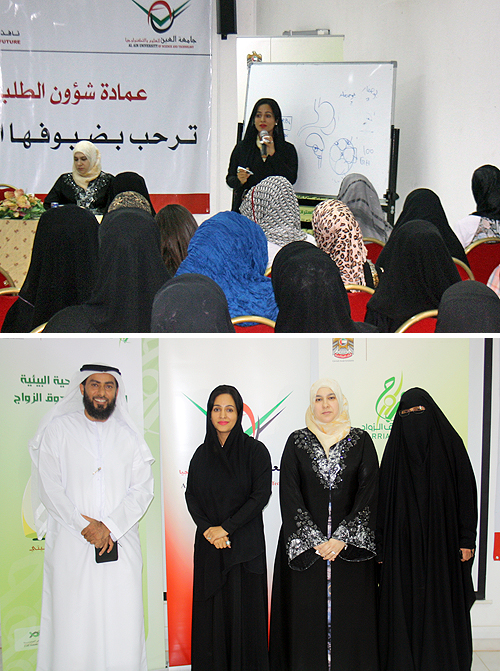 The Deanship of Student Affairs at Al Ain University, in collaboration with the  Marriage Fund, organized a discussion session on pre-marital checkup at AAU Campus in Al Ain. The lecture, attended by well over 100 students, was organized in cooperation with the UAE Genetic Diseases Association and aimed at enhancing the community health awareness with regard to these issues.

Dr. Ibtehal Aburezq, the AAU Dean of Student Affairs, pointed out that the lecture is an implementation of the AAU’s social policies which regard students as the most important member of the community. Through the numerous workshops, open discussion, seminars, and lectures, AAU seeks to raise the students’ health, societal, and environmental awareness.

On her part, Ms. Habiba Issa Al Hussani, Acting Director General and Spokesperson of the Marriage Fund, said the seminar is one of several activities the Marriage Fund is holding as part of the health and environmental campaign. She underlined the role universities such as AAU play in providing community service that will lead to the betterment of the society as a whole.

In her speech to the auidence, Ms. Mouza Al Halian, Acting Head of Activities and Initiatives Support Department at the Marriage Fund, stated that the Fund’s sublime mission to provide the future spouses with the financial support as well as preparing and qualifying them with the skills and knowledge required for the establishment of a consolidated and stable Emirati family is a cornerstone in the investment in human capital which the federal government pays attention to. His Highness the Late Sheikh Zayed Bin Sultan Al Nahyan laid down the foundations of the social policies towards a consolidated Emirati family, and His Highness Sheikh Khalifa Bin Zayed Al Nahyan, President of the UAE, has pursued the mission through the unlimited support he gives to the Marriage Fund.