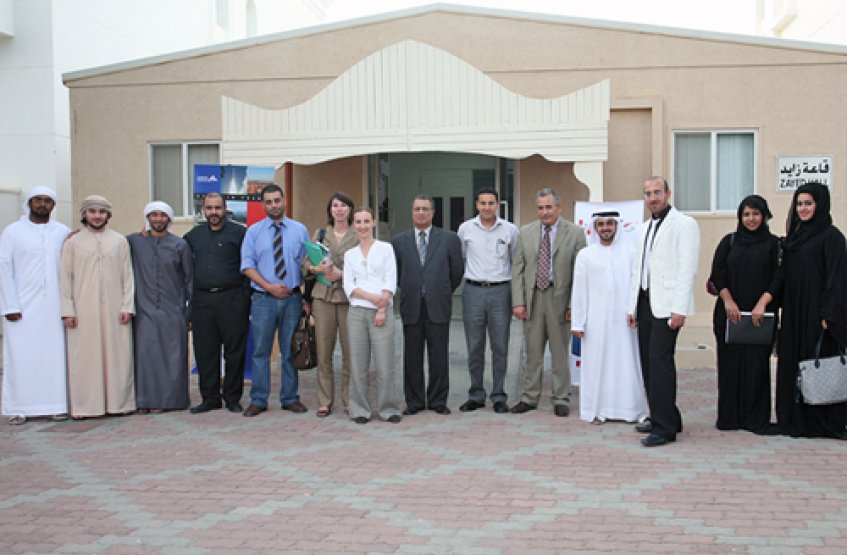 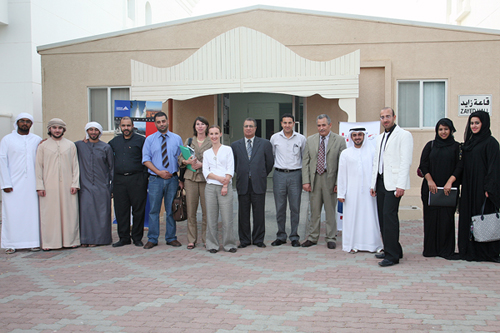 The College of Education at Al Ain University, in collaboration with the French Embassy in Abu Dhabi, and the Alliance Française in Al Ain, launched the activities of the French Day.  AAU President, Professor Ghaleb El Refae, and the French Cultural Counselor, Mr. David Bertolotti, attended the event.

Professor El Refae said ever since its establishment, AAU has aimed at becoming a pillar of education, knowledge, and culture in the UAE as well as the region. To that end, we have exerted all effort to connect and interact with the local as well as international communities hoping to play an active, distinguished role on the academic and cultural levels.

“We realize that integration into the surrounding community and the outside world is a key indicator of an institution’s success. Hence comes this day, the French Day, which represents one of many initiatives that the AAU has made to disseminate knowledge and promote cultural cooperation.” El Refae added.

On his part, Mr. David Bertolotti, the French Cultural Counselor, expressed his appreciation of AAU's hospitality; he said, "on behalf of the French Embassy in the UAE, the Institut Français in Abu Dhabi, and the Alliance Française in Al Ain, I would like thank AAU for their cooperation." Holding this event in Al Ain means a lot as it is proof that cultural activities go beyond the capital. The French Day is a showcase of culture, language, and educational opportunities in France and mirrors the strong ties between UAE and France. These ties are growing stronger every day, and it is our responsibility to feul them on the cultural level.

AAU ranked among the top 100 Arab universities according to QS