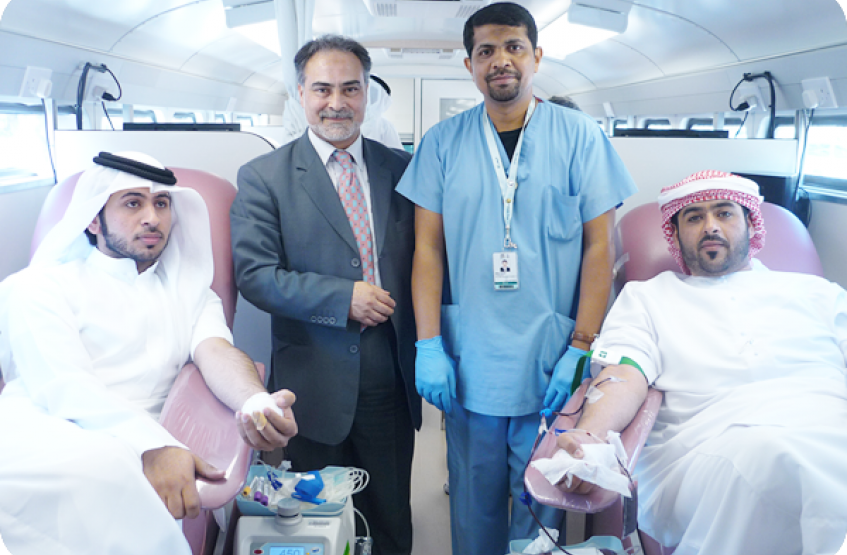 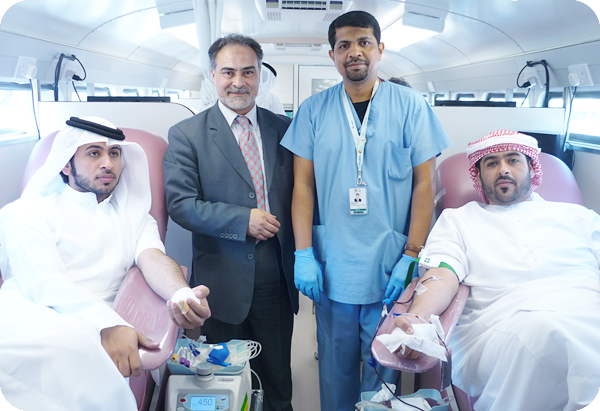 In cooperation with Abu Dhabi Blood Bank (ADBB) at Shaikh Khalifa Medical City, Al Ain University, Abu Dhabi Campus, organized a blood donation campaign. This initiative is in line with AAU’s values ​​ of enhancing social engagement and togetherness, which are also emphasized by the teachings of Islam that the leadership of the UAE has been keen to implement. In turn, AAU seeks to transfer these values to the students and urge them to recognize their importance and role in the building of a coherent community.

AAU Vice President, Dr. Abdelhafid Belarbi, reiterated that the campaign comes as part of the University’s keenness in organizing various social events  which aim at raising awareness among students about  the importance of actively engaging in societal issues and enhancing their sense of belonging.

In addition, the demand on blood donors is continuously increasing as the UAE strives to provide remedies for chronic blood diseases. The campaign, organized periodically by AAU with ADBB, is in tandem with the AAU’s sense of responsibility towards the wider community and its humanitarian role in extending a helping hand to patients and health care institutions alike, Dr. Belarbi added.

On her part, Sahar Odait, AAU student, pointed that blood donation is a duty on the humanitarian and religious levels, and that anyone is at risk of an illness or accident that could lead to them requiring blood; therefore, the donation people make today can be regarded as a deposit balance in case they need it in the future.

Well over 90 students as well as faculty and staff took part in the campaign which contributed to raising more than 45 liters of blood.

At the end of the event, Dr. Naima Oumeziane, Medical Head of ADBB, presented a certificate of appreciation to AAU in recognition of the University’s unfaltering efforts in supporting voluntary work and deepening the spirits of cooperation and generosity among the members of the community.