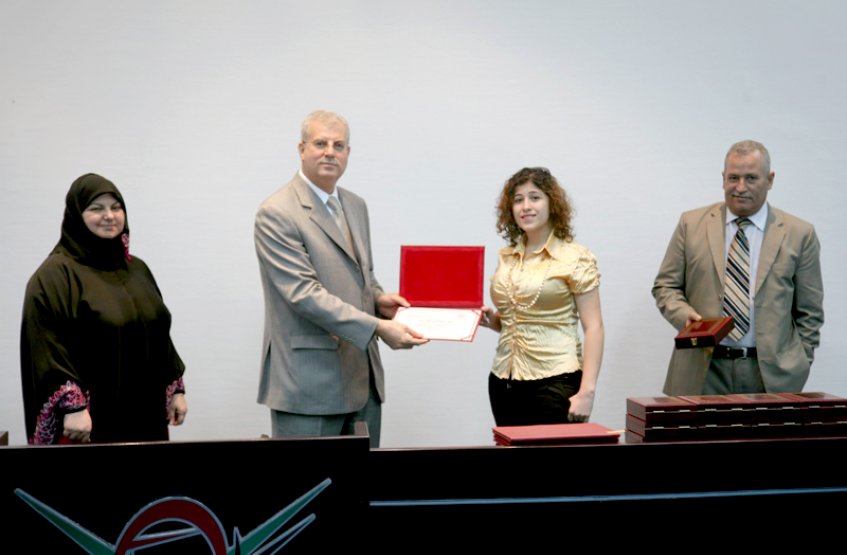 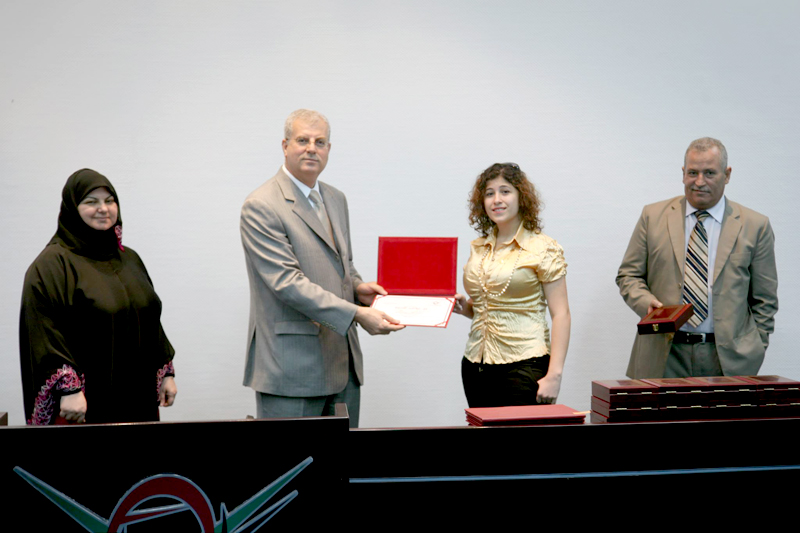 The Deanship of Student Affairs at Al Ain University held a ceremony at Al Ain and Abu Dhabi Campuses to honor the academically distinguished students who achieved the University Honor List in the attendance of Professor Ghaleb El Refae, AAU President; Prof. Abdelhafid Belarbi, the AAU Vice President; the College Deans and the students’ parents. The ceremony aimed at encouraging students from different colleges to keep up their academic excellence.

Professor Ghaleb El Refae, AAU President, expressed the pride he takes in the (35) honor students and reiterated that attaining excellence requires unflagging effort and continued hard work especially in the academic context where students striving for excellence need to know how to make use of the multiple sources of knowledge and stay up to date with the latest advancements.

Prof. El Refae also added that AAU is keen on offering programs and courses of various disciplines in tandem with  the needs of the job market in addition to offering pioneering programs that contribute to enhancing the student’s capabilities and developing their skills through participating in seminars, conferences, and other events that expose them to experiences and experiments to contribute to their preparation for the workplace; hence reflecting on the distinguished level of students and graduates.

On his part, Prof. Abdelhafid Belarbi, AAU Vice President, noted that he was glad to see those outstanding students who have deservedly earned their places on the Honor List. He addressed the students stating that distinction is not only limited to academic excellence; it is also a way of life. As you adopt distinction as your path during the course of study, it will live on throughout your career, and hopefully, throughout your life.

AAU had posted the University Honor List on the AAU website. It is noteworthy that for inclusion on the University Honor List, the student must be registered for at least 15 credit hours and obtains a GPA of 3.6 or higher for three consecutive semesters. Other regulations governing the list include that the student must not have received a disciplinary warning, or (s)he has an incomplete grade.

On their part, the students reiterated their utmost delight and appreciation for this gesture especially that the phrase “University Honor List” is added to the students’ transcripts documenting their academic distinction even after their graduation.

AAU ranked among the top 100 Arab universities according to QS