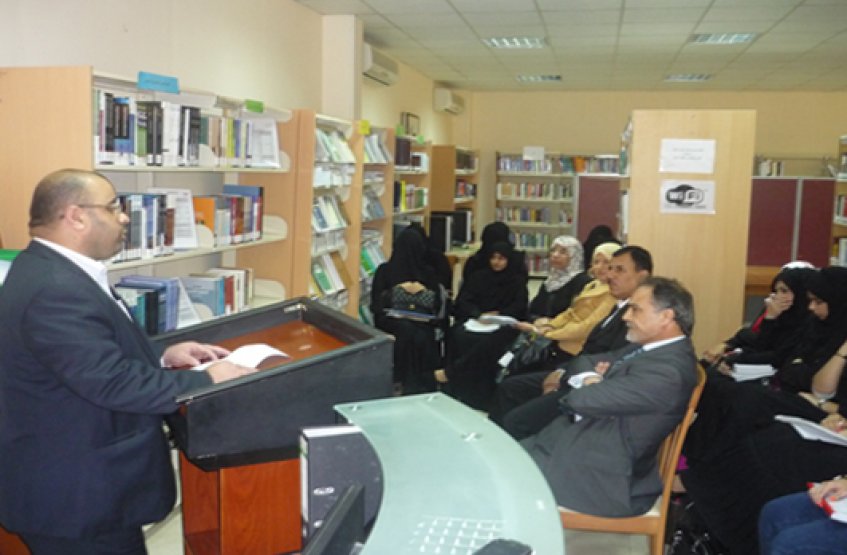 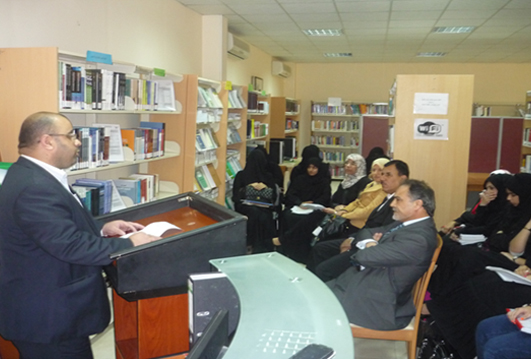 The AAU Deanship of Student Affairs at Abu Dhabi Campus organized a student event in the campus library to mark the Arabic Language Day celebrated on the first of March every year. Prof. Abdelhafid Belarbi, AAU Vice President, attended the event as well as faculty members, administrative staff, and students.

The event began welcoming guests and highlighting the value of Arabic Language as a component of our identity and its role in preserving our tradition and religion. Dr. Eisa Rabeeh, Assistant Professor at the College of Law, gave a talk about Arabic language in which he referred that it is the language of the Holy Quran in addition to its figurative and rhetoric features. He also underlined the importance of preserving the language.

On his part, Dr. Eyad Abdulmajeed, Associate Professor at the College of Education, recited a poem in which he hailed Arabic expressing its role in every day life through images and metaphors. The poem was also an invitation to all Arabic-speakers to shoulder their responsibilities in safeguarding the language and exploring its jewels.

At the end of the event, Dr. Aysha Ibrahim, Assistant Professor at the College of Education, presented a quiz on the theme of Arabic language in which students actively participated.