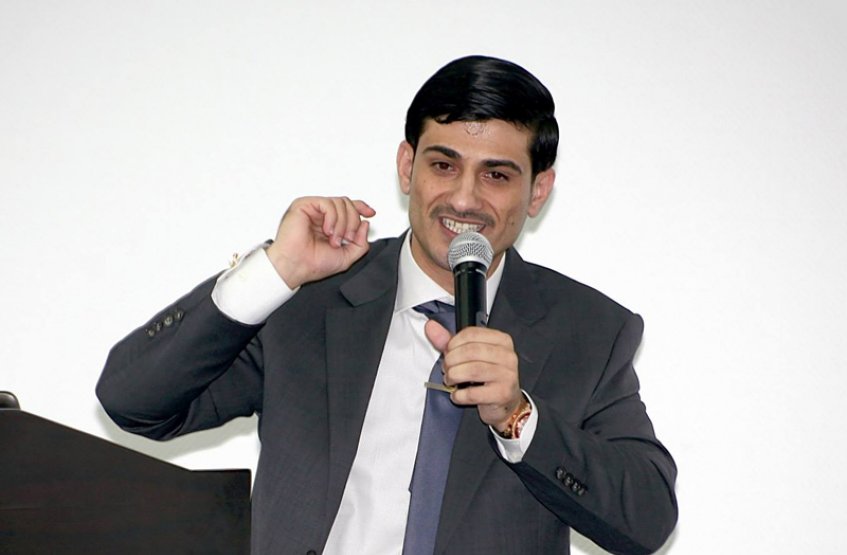 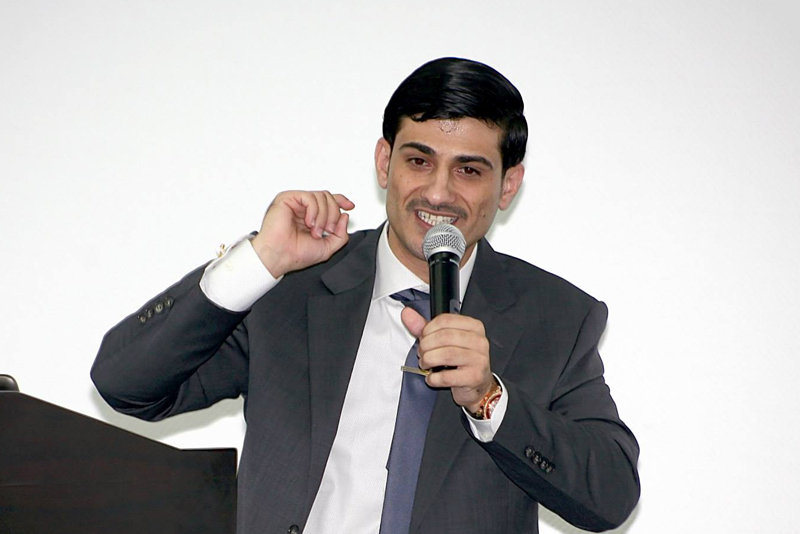 The Deanship of Student Affairs organized a lecture on the culture of the Emirati society presented by Mr. Saif Abu Alnahel, faculty member at the college of education. Faculty members, staff, and students attended the talk that took place in Al Ain campus.

Mr. Saif discussed the originality and modernity of the UAE Society. Video excerpts of a trip the late Sheikh Zayed took were shown and then a comparison was drawn of how the Emirati’s life was and has become. Mr. Saif also cited Arabic poetry to support the link between past and present in the UAE.

He also reiterated the vital role the late Sheik Zayed played by laying the foundations for the prosperity and advancement of the country yet preserving the culture, heritage, and traditions of the UAE people. Further, the talk highlighted the modernity of the society in the 21st century as well as the advantages and potential drawbacks for such development. The talk concluded by underlining the importance of holding on to heritage and the traditions of our ancestors despite embracing the developments of the modern world.

AAU raises a slogan “We Believe in AI”

Khalifa Library Enhances the Usage of E-Resources at AAU