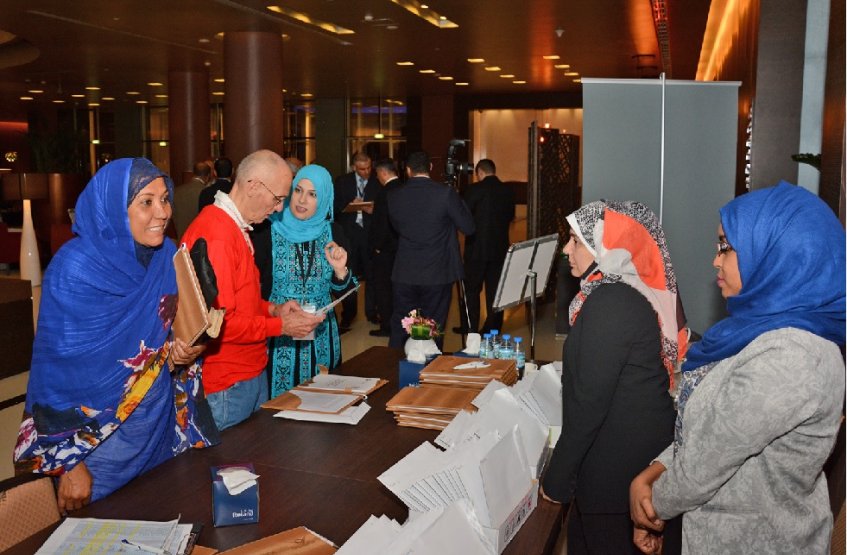 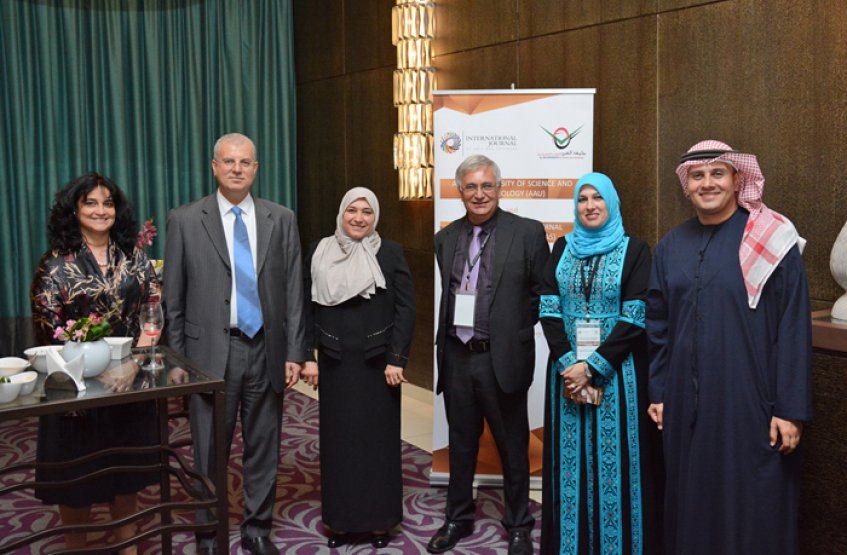 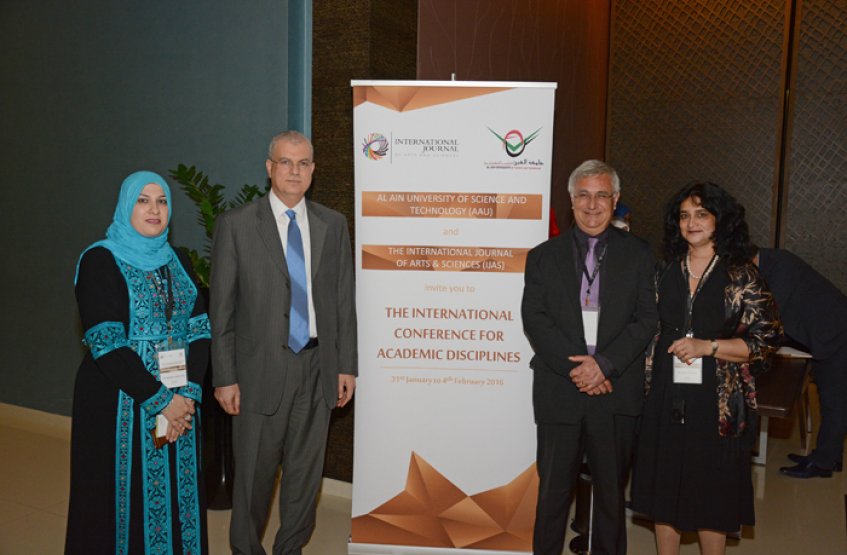 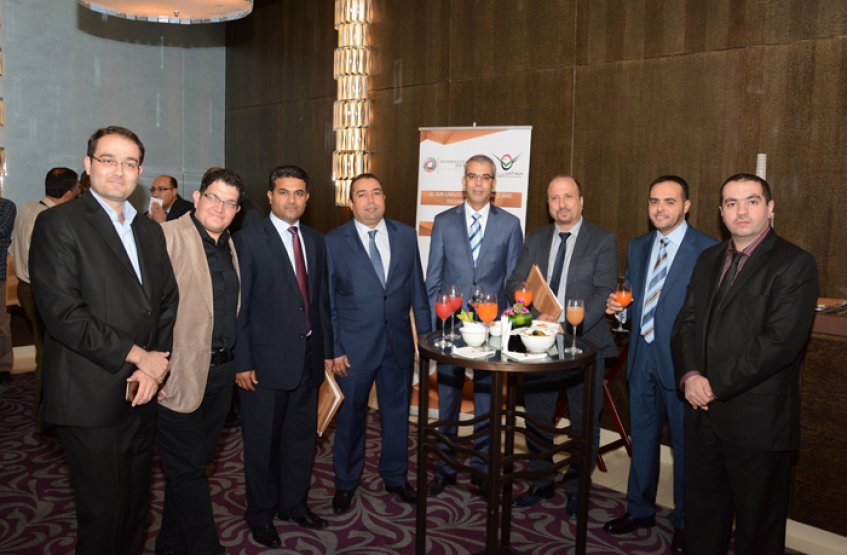 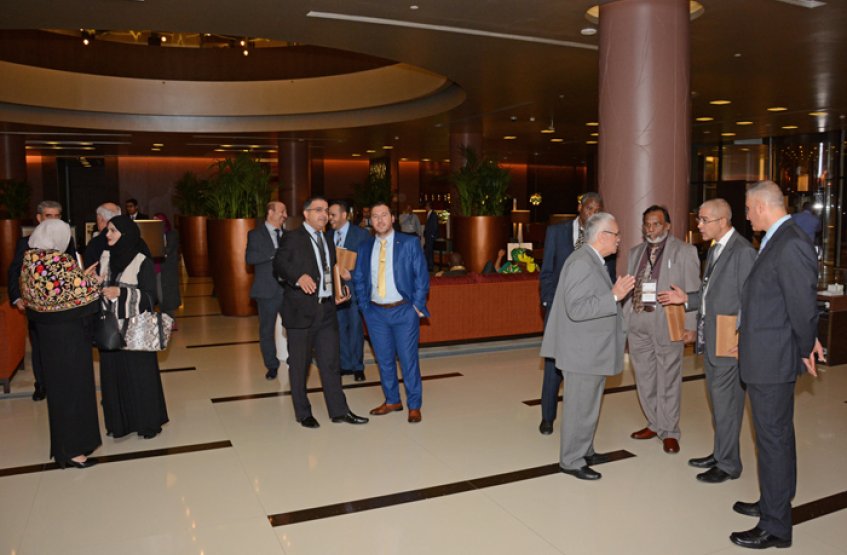 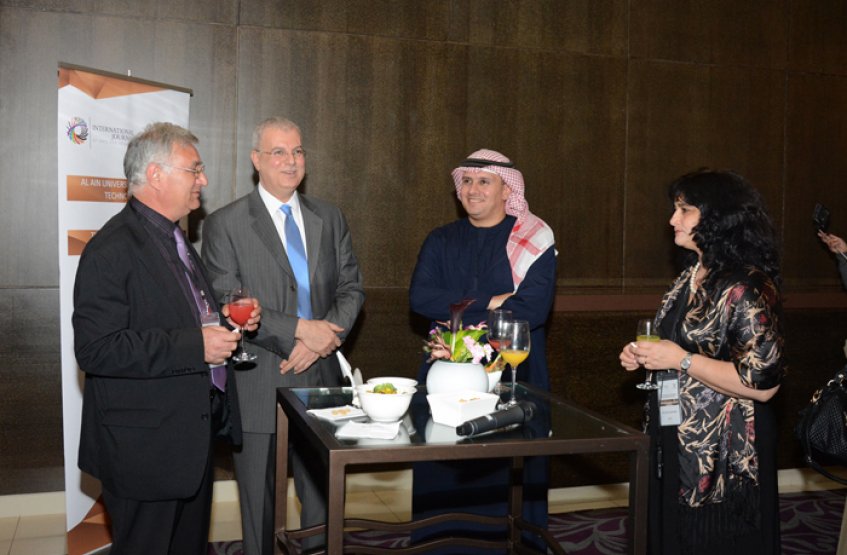 Under the patronage of Sheikh Hazza bin Tahnoon Al Nahyan, the Undersecretary of the Diwan of the Ruler's Representative in the Eastern Region, Al Ain University-Al Ain Campus, launches the International Conference of Sciences and Arts, in collaboration with the US International Journal of Arts and Sciences, from 31 January  to 4th February 2016. The conference was attended by Dr. Joseph Azzopardi, Representative of the International Conference, Dr. Noor Aldeen Atatreh, Chancellor of Al Ain University, Prof. Ghaleb Al Refae, AAU President, Prof. Abdulhafeez Belarbi, AAU Vice President, in addition to the attendances of  a number of researchers from various countries, including from UAE, and in the presence of faculty members. It is the first time for the conference to be hosted in the Arab world by Al Ain University.

The conference started with the National Anthem, then, Dr. Ibtehal Aburezeq, Dean of Student Affairs and Director of Development and Follow-up, welcomed the participants and the audience as she announced about the launching of the International Conference of Science and Arts.

AAU Chancellor, Dr. Noor Aldeen Atatreh welcomed the guests by expressing his delight cooperation between Al Ain University and the American International Journal of Arts and Sciences in establishing this conference, and the university’s pride for hosting the International Conference for the first time in the Arab world. He stressed on the need of encouraging academics and researchers to display their achievements, develop the competencies, and this scientific conference was an excellent opportunity to show their contribution to achieve the promotion of scientific research and innovation, Such an achievement has become the pivot of the United Arab Emirates to adopt it under the leadership of His Highness Sheikh Khalifa bin Zayed bin Sultan Al Nahyan, UAE President and His Highness Sheikh Mohammed bin Rashid Al Maktoum, UAE Vice President and Prime Minister and Ruler of Dubai and His Highness Sheikh Mohammed bin Zayed Al Nahyan, Crown Prince of Abu Dhabi and Chairman of Abu Dhabi Education Council. Moreover, this accomplishment is of great importance to researchers, which supports the march of science and scientific research and strengthens intellectual and scientific development in the state.

For his part, Prof. Ghaleb Al Refae, AAU President, expressed his pride in the convening of this scientific conference on the campus of the university and he stressed on the desire of the university to keep up with scientific developments in the field of scientific researches, and the belief of the importance of researching as the basis for the advancement of nations and the rise of civilizations.

On the other hand, Dr. Joseph Azzopardi, Representative of the International Conference, appreciated Al Ain University for the organization and for hosting the International Conference, He also expressed his pleasure for working with the university, and praised the efforts that were made by all officials and organizers of the conference in order to show the best of its closure.

It is noteworthy that the International Conference of Science and  Arts comes to deal with the latest developments in the world of social, humanitarian, economic and technology of arts, in addition to its unique opportunity to bring experts, academics and researchers from all around the world, where they mingled and exchanged knowledge with the notion that the number of participants in this conference was more than one hundred. which is being held 16 times a year in different countries around the world such as the United States, France, Spain, Greece, Italy, Australia, New Zealand, Brazil and Canada.

The conference program includes more than 120 academic researchers to submit their researches, such as theoretical and applied studies in several areas, including social and human arts, business, economics, education, teaching, engineering, technology, physics, health and life, as well as many other topics in various fields of economy, literature, education and health.