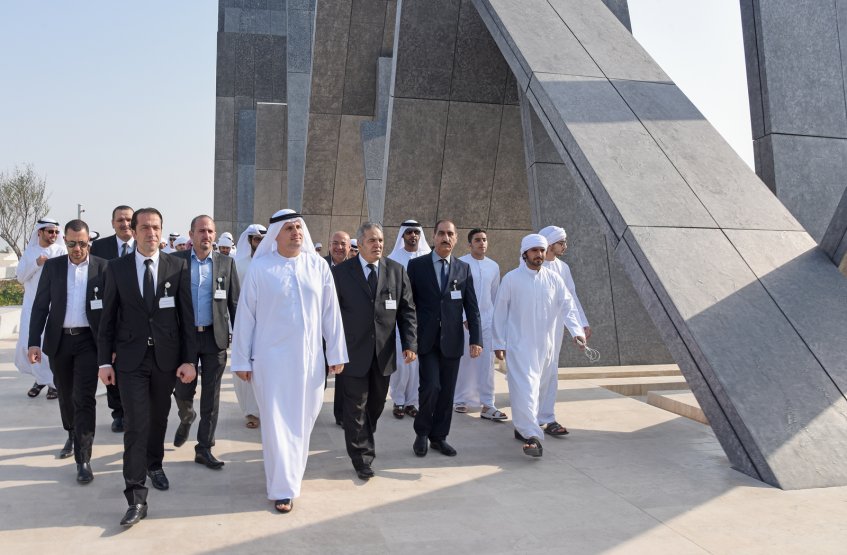 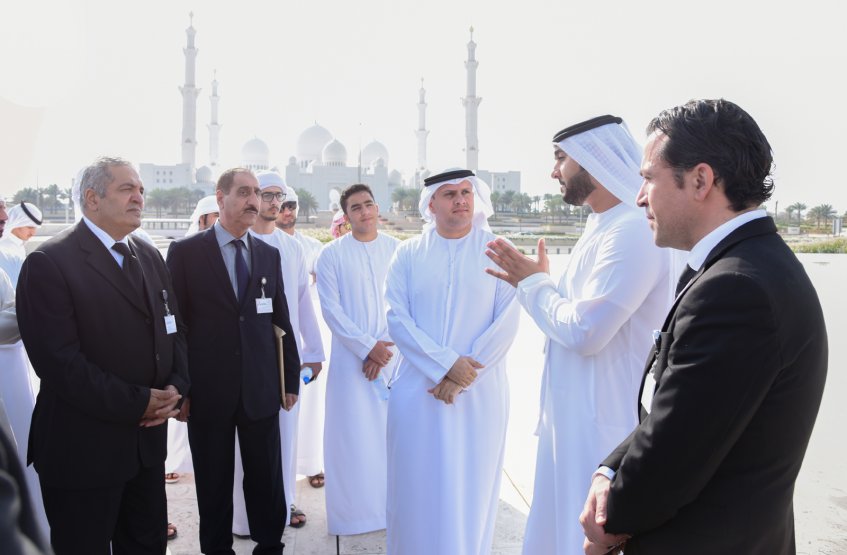 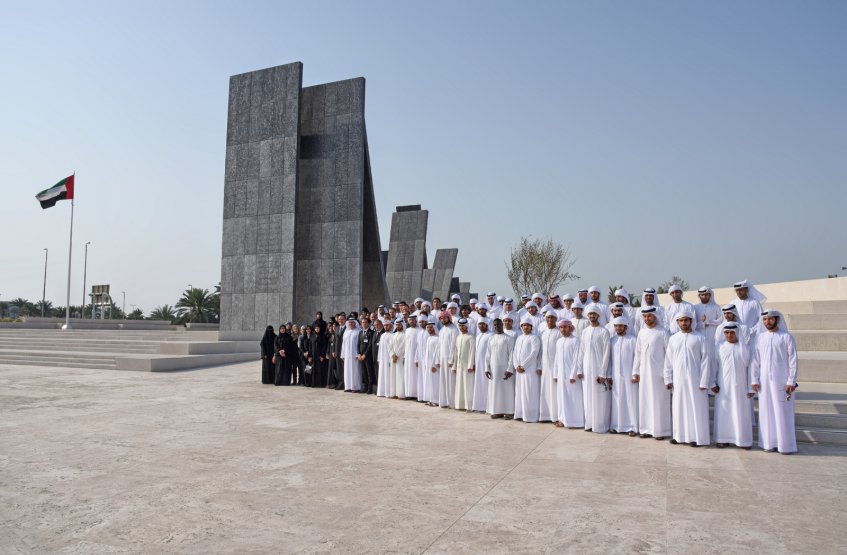 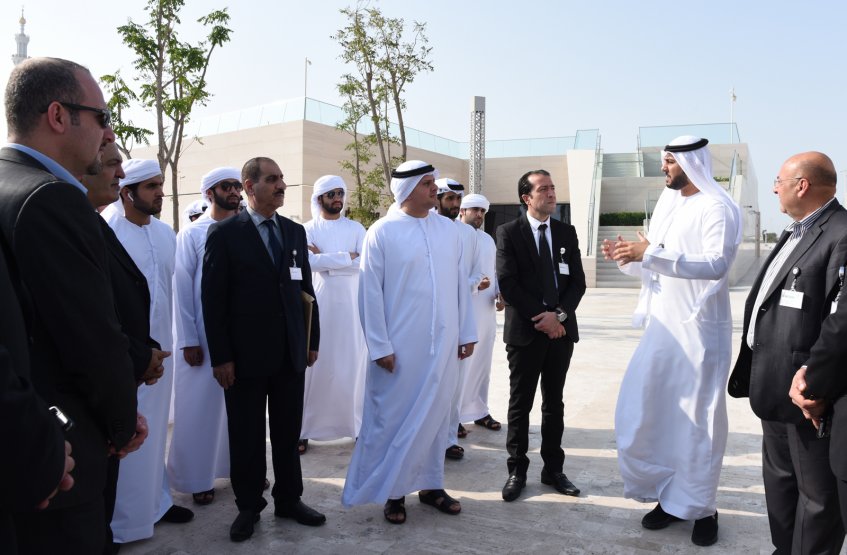 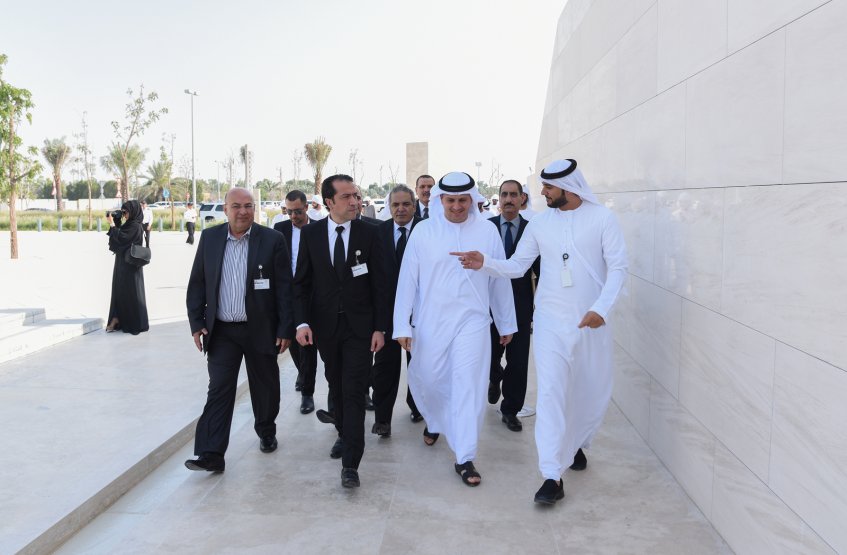 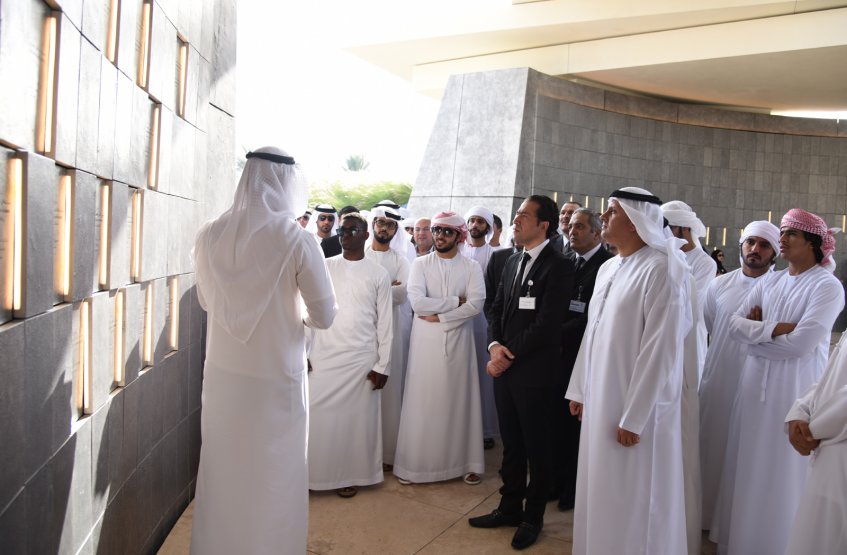 The visit started with assembling in front of the “Memorial Plaza”, then to the “Pavilion of Honor” which were engraved by martyrs names and Quran verses, in addition to, engraved quotes adapted from the sayings of the UAE leadership: HH Sheikh Zayed Bin Sultan Al Nahyan -May God have mercy on him, HH Sheikh Khalifa Bin Zayed Al Nahyan –UAE President, HH Sheikh Mohammad Bin Rashid Al Maktoum, Vice-President and Prime Minister of the UAE and Ruler of Dubai, and HH Sheikh Mohammad Bin Zayed Al Nahyan Crown Prince of Abu Dhabi and Deputy Supreme Commander of the UAE Armed Forces. They also toured in the “Pride Square” which is a big outdoor hall for hosting national events.

Dr. Atatreh praised the UAE’s and the wise leadership efforts represented by HH Sheikh Khalifa Bin Zayed Al Nahyan –UAE President- to build “Wahat Al Karama” as a memorial site to honor the UAE’s martyrs which express our pride of UAE martyrs who gave their lives to defend the homeland and the right and humanity. He added, the leading role played by the UAE’s leadership to help the families of martyrs reflects in the existing goodness of their souls.

At the end of the visit, the delegation asked Allah to have mercy on the martyrs and bless their families with patience.