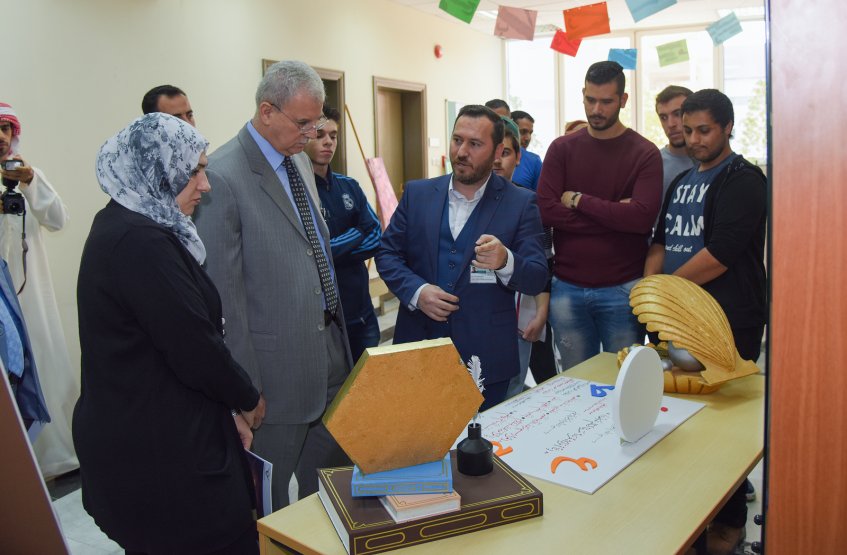 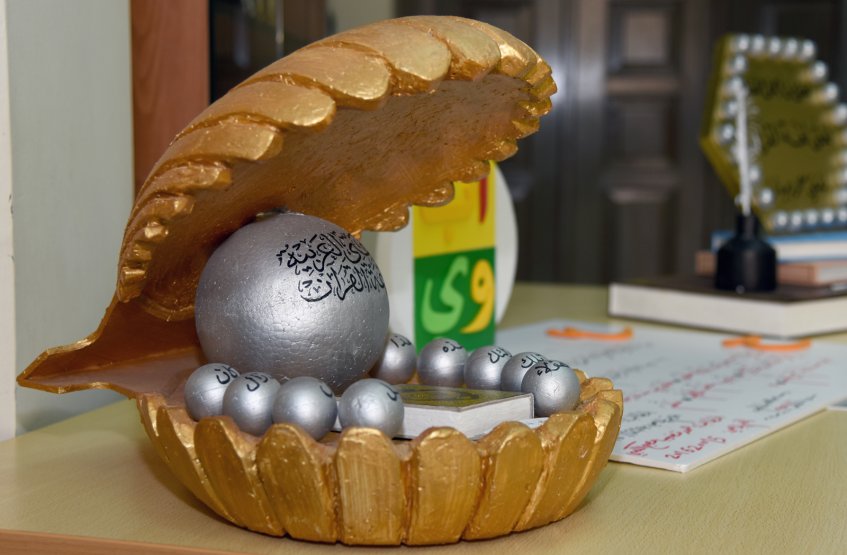 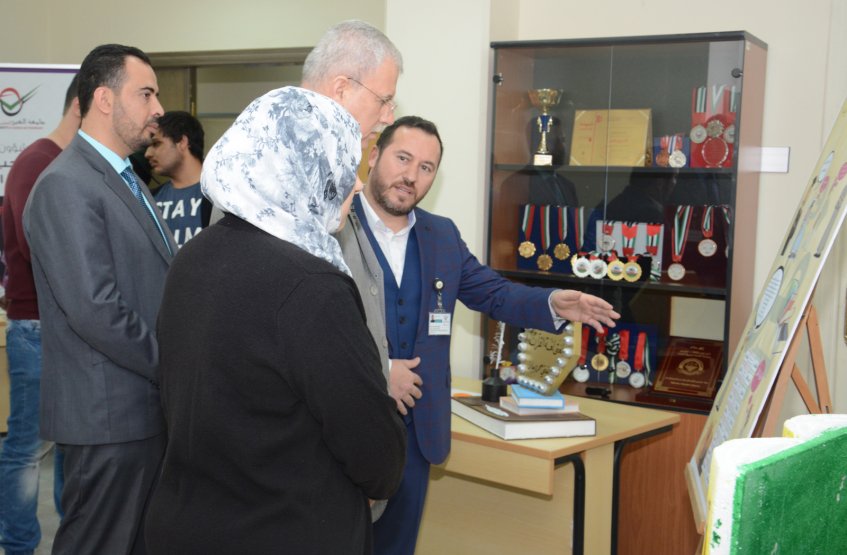 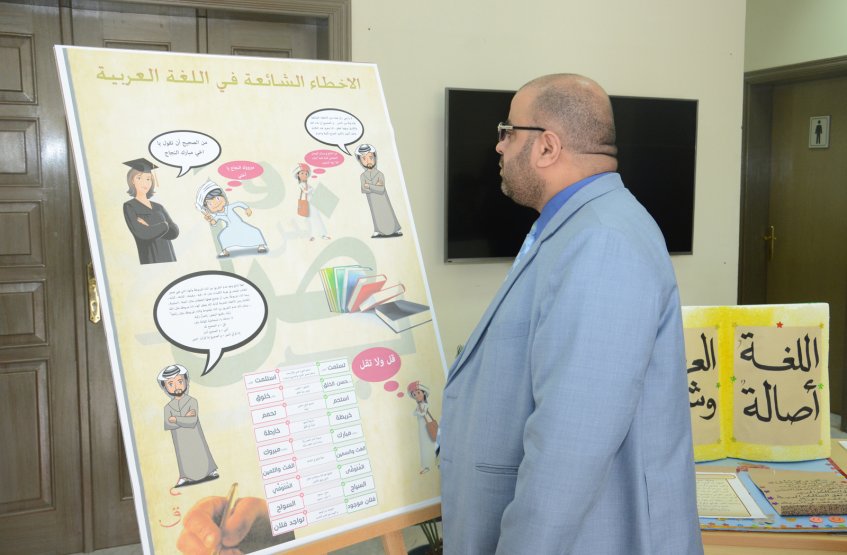 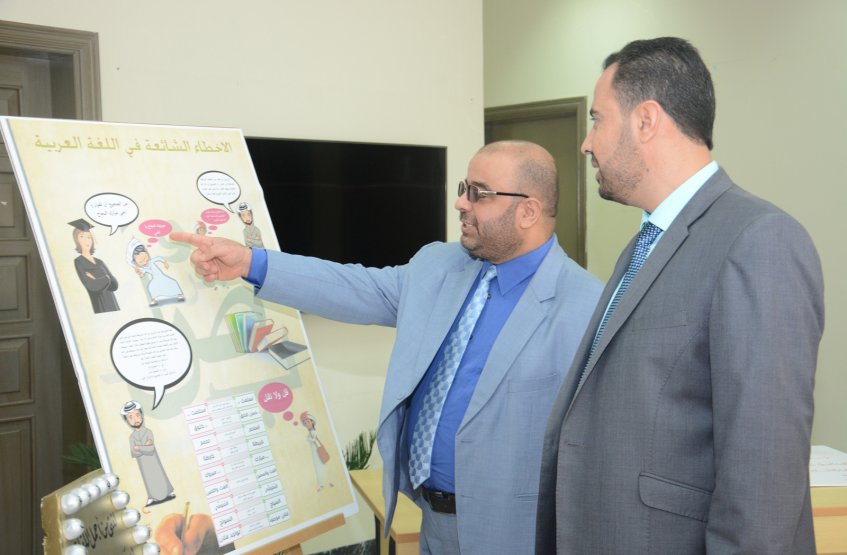 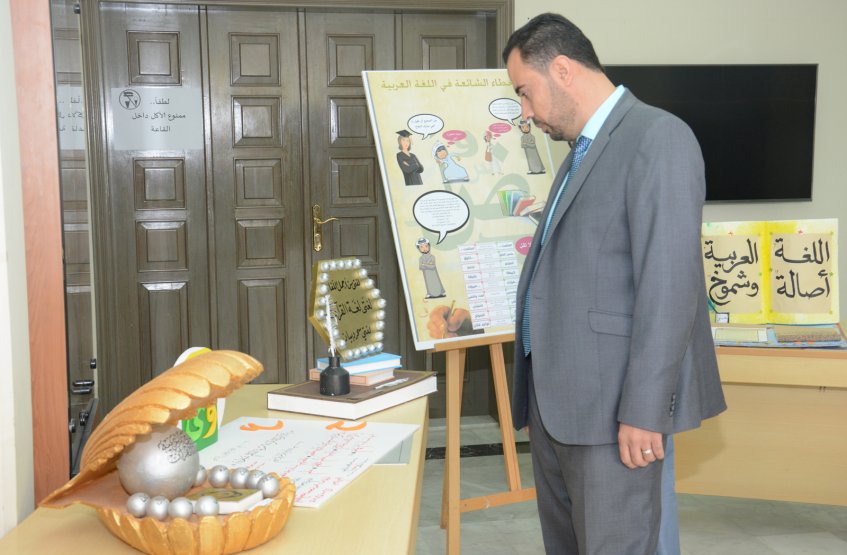 In the occasion of the “International Mother Language Day” and in line with the leadership directives to launch initiatives to preserve the Arabic language, Prof. Ghaleb Al Refae –AAU President- inaugurated the exhibition “Our language is our Civilization”, organized by the Deanship of Student Affairs to mark the World Arabic language Day.

The exhibition included a number of models that reflect the Arabic language and paintings with Arabic calligraphy, which were prepared by university’s students from various colleges.

Prof. Al Refae expressed his appreciation to His Highness Sheikh Mohammed bin Rashid Al Maktoum, Vice-President, Prime Minister and Ruler of Dubai for his attention to the preservation and protection of Arabic through numerous national initiatives. He also praised the cultural, educational, and media organizations to commemorate the World Arabic Language Day by organizing different events to encourage the younger generation to learn and use Arabic.

The AAU President added that AAU has been and will always keen on to promote the Arabic language among students and enhance their awareness.

Math Competitions create an exciting atmosphere within the knowledge market

College of Education organises 3 exhibitions to engage with the community