AAU has been honored by “Al Murabba” Festival 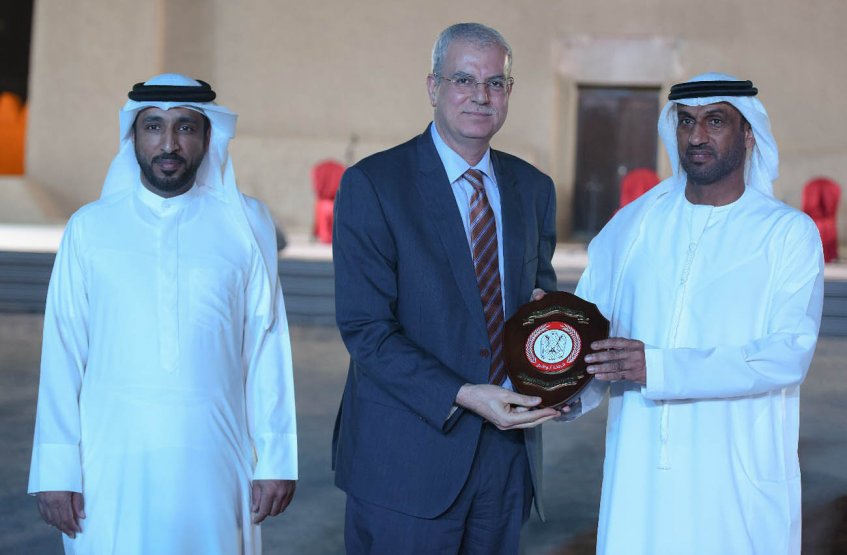 Al Ain University represented by Prof. Ghaleb el Refae has been honored by the management of “Al Murabaa Heritage Festival”, which was held at Al Murabaa Castle in Al Ain, under the patronage of HH Tahnoun bin Mohammed Al Nahyan, the Ruler’s Representatives in Al Ain Region. In order to revive the legacy of the late Sheikh Zayed Bin Sultan Al Nahyan, may God rest his soul.

The festival included the graduation of a new batch from the Police Schools Department, which was named "Year of Zayed batch". It also included various events including traditional competitions, viewing Abu Dhabi Police platforms and services and visiting the popular market.

Prof. El Refae expressed his delight that Al-Ain University is one of the golden sponsors of the festival, which considered as a bridge of communication and knowledge between people and reflects the bright culture of the UAE.

Honoring distinguished students for the 16th time at AAU