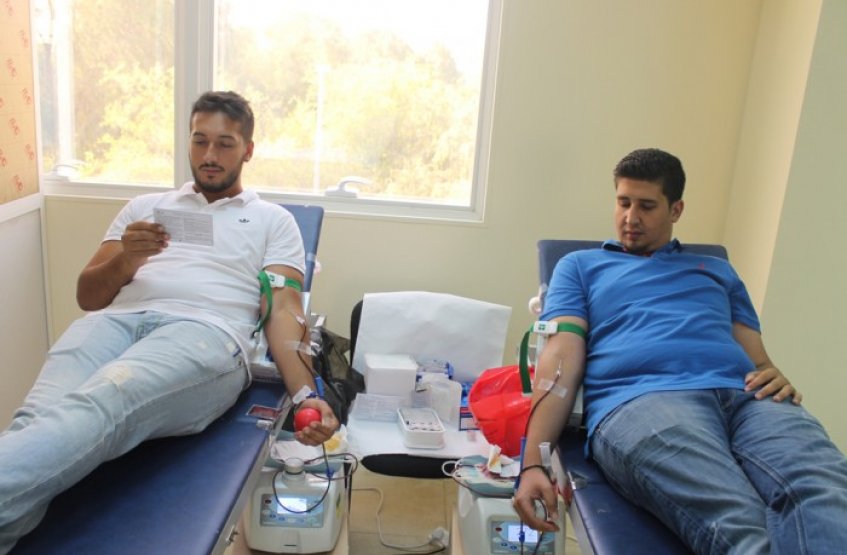 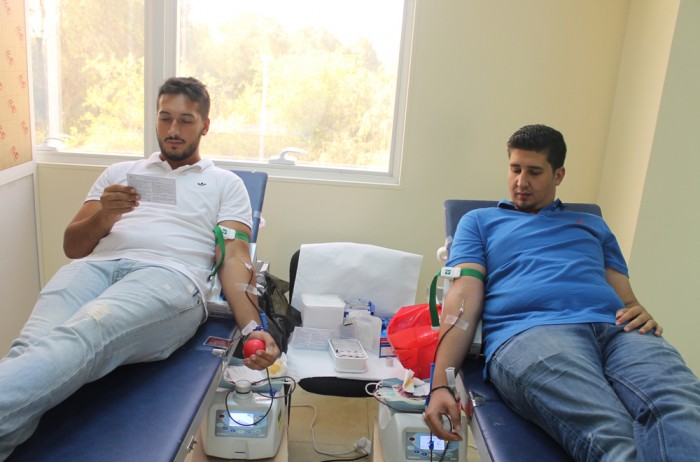 In cooperation with Abu Dhabi Blood Bank (ADBB) at Shaikh Khalifa Medical City, Al Ain University, Abu Dhabi Campus, organized a blood donation campaign. This initiative is in line with AAU’s values ​​ of enhancing social engagement and togetherness, which are also emphasized by the teachings of Islam that the leadership of the UAE has been keen to implement. In turn, AAU seeks to transfer these values to the students and urge them to recognize their importance and role in the building of a coherent community.

On this occasion, AAU Vice President, Prof. Abdelhafid Belarbi, reiterated that the campaign comes as part of the University’s keenness in organizing various social events that aim at raising awareness among students on the importance of actively engaging in societal issues and enhancing their sense of belonging.

Well over 90 students as well as faculty and staff took part in the campaign which contributed to raising more than 45 liters of blood.