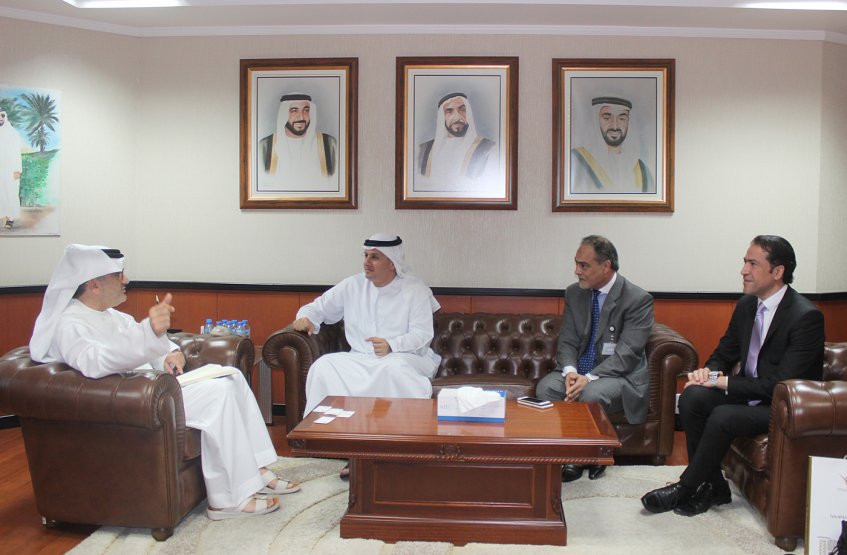 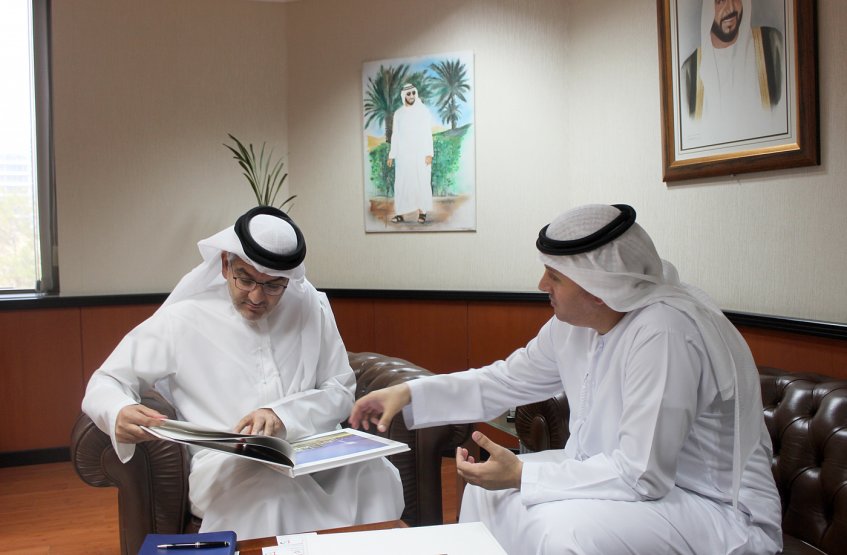 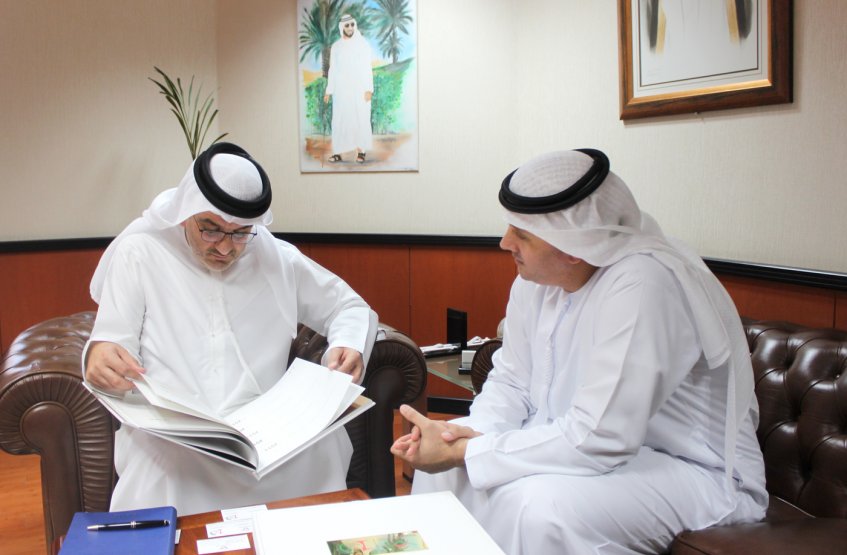 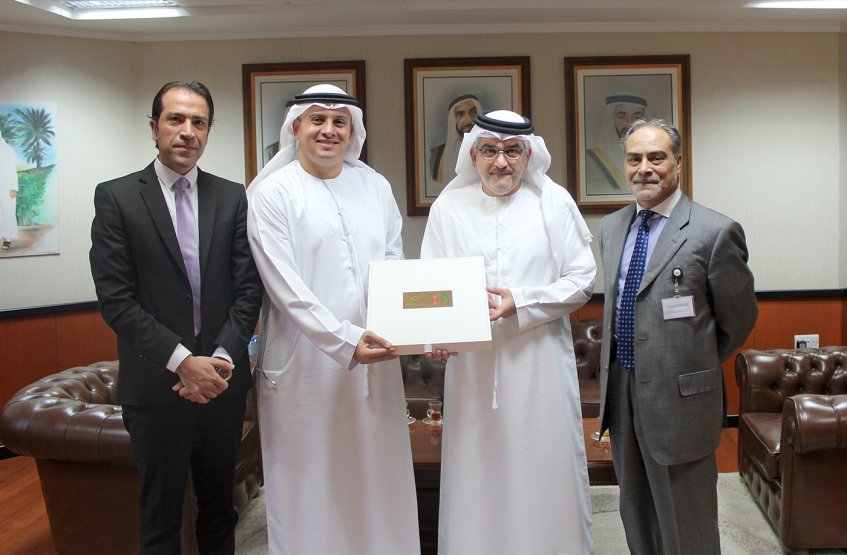 HE Al Bloushi has welcomed Dr. Atatreh and his delegation in a fraternal meeting where they discussed a number of topics of common interest, which would enhance the cooperation prospects between both parties.

This meeting aims to discuss the ways of joint cooperation between the two institutions, including the student’s matters of the College of Business Administration at Al Ain University specially students of accounting, finance and banking department, where the two parties called for the need for continued communication which would contribute to activate the role of the two institutions.

For his part, Dr. Atatreh expressed his pleasure at the meeting, stressing on the efficiency displayed by HE Rashid Al Balushi to develop the UAE financial market to raise it high among the financial market of the region.

At the end of the meeting, Dr. Atatreh provided his special thanks to HE Al Bloushi and his kind reception, praising the efforts and continued support which have been provided from the Abu Dhabi Securities Market to Al Ain University.