Under the auspices of Hazza Bin Tahnoon, Al Ain University launches the Arts and Sciences Conference 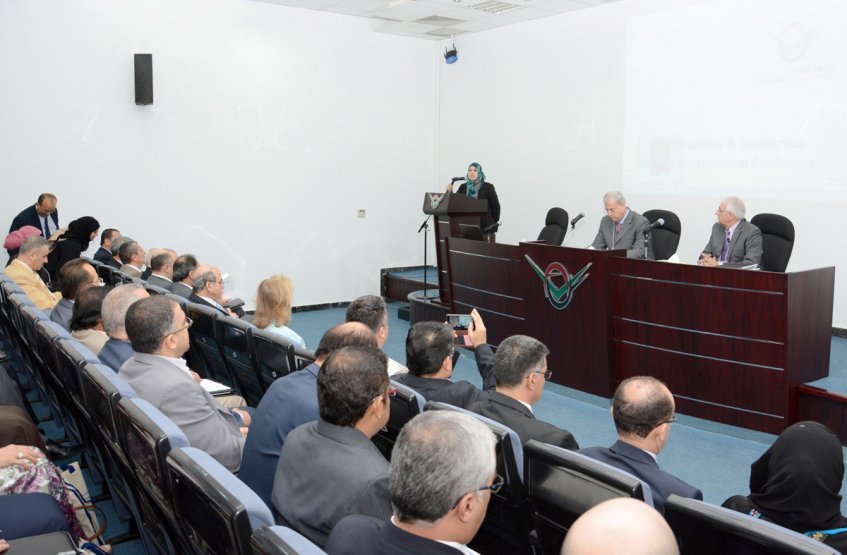 Under the patronage of Sheikh Hazza Bin Tahnoon bin Mohammed Al Nahyan, Al Ain University launches the "Conference of Arts and Sciences" in collaboration with the International Journal of Arts and Sciences in the United States of America between 31 January and 4 February 2016 in Al Ain campus, in the presence of more than 200 scientific researchers in literary and technological fields social, humanitarian and economic and in the field of arts.

The multidisciplinary conference was launched by IJAS, one of the most important world conferences since its inception in the United States. It annually holds 16 conferences in different countries, such as the United States, France, Spain, Greece, Italy, Australia, New Zealand, Brazil and Canada. Proudly, AAU will be the only Arab university in the Arab world to host the first of its kind in the United Arab Emirates in the year 2016.

On this occasion, Dr. Noor Aldeen Atatreh, AAU Chancellor, appreciate Sheikh Hazza Bin Tahnoon Al Nahyan on his preference under the auspices of this major scientific conference, thus he pointed out that this keenness of the wise leadership is to support the scientific movement in the country and to improve the quality of education and scientific researches.

He added that the conference aims to encourage academics and researchers to submit their researches, theoretical and applied studies in several areas, such as social and human arts, business, economics, education, teaching, engineering, technology, physics, health and life, as well as many other topics in various fields of economy, literature, education and health.

He also expressed that the University is proud of this great scientific achievement in hosting this world conference, specifically in the city of Al Ain in UAE, as the first Arab university, In addition to the presence of more than 200 researchers from around the world.

Over the past years, the conference observed a large turnout by researchers in all scientific areas, bringing the total number of participants in each session more than 500 researchers and academics. Many research studies discussed during previous sessions have been applied on economic and scientific development projects in several countries around the world.