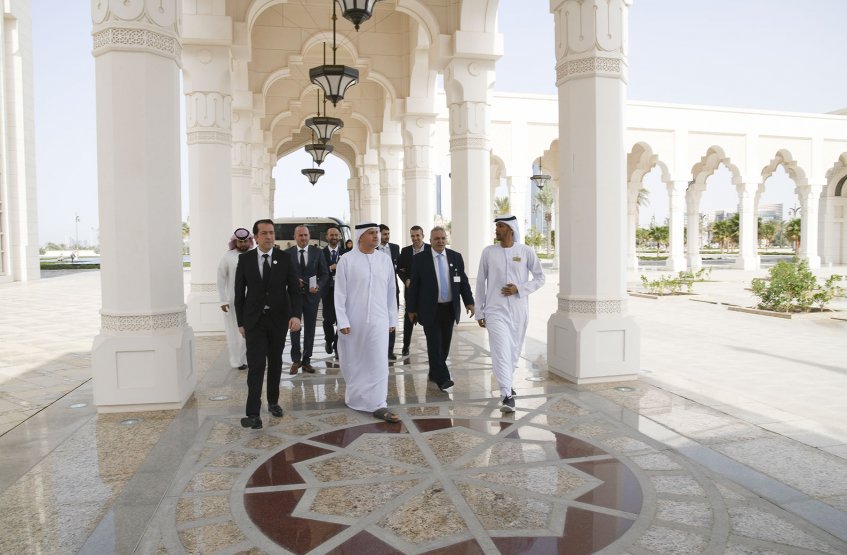 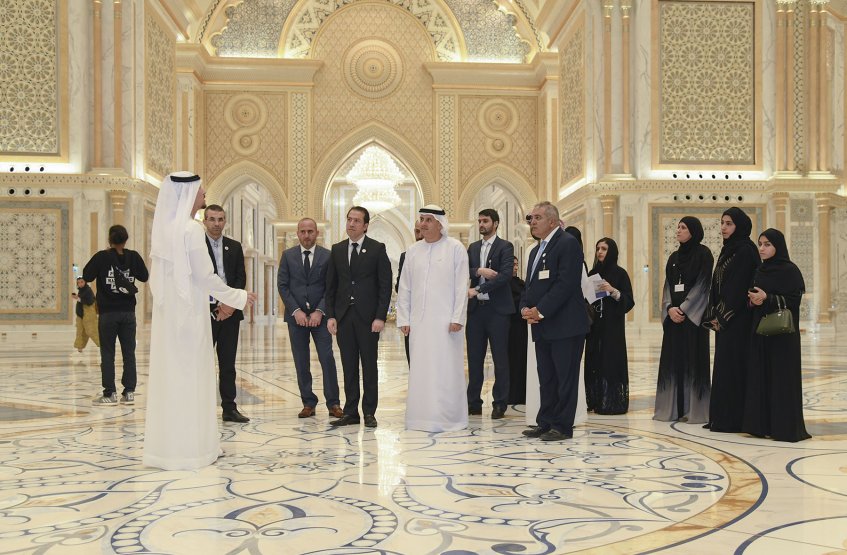 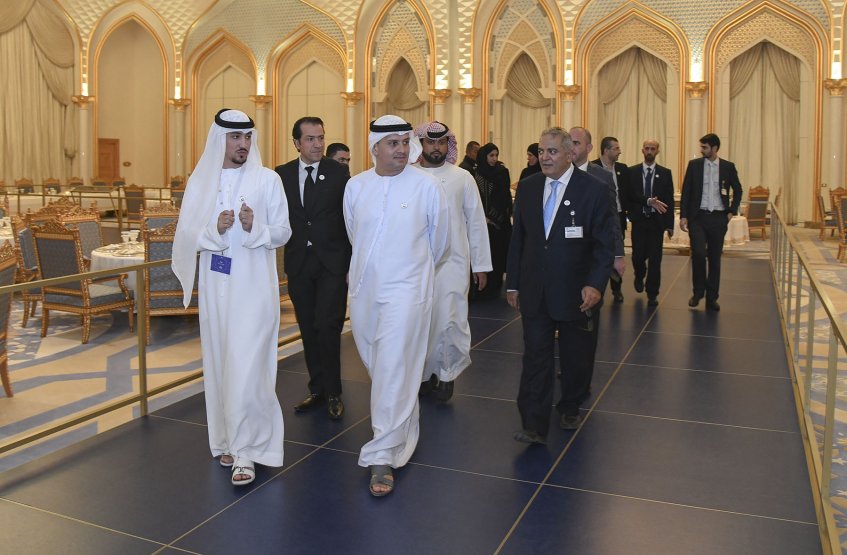 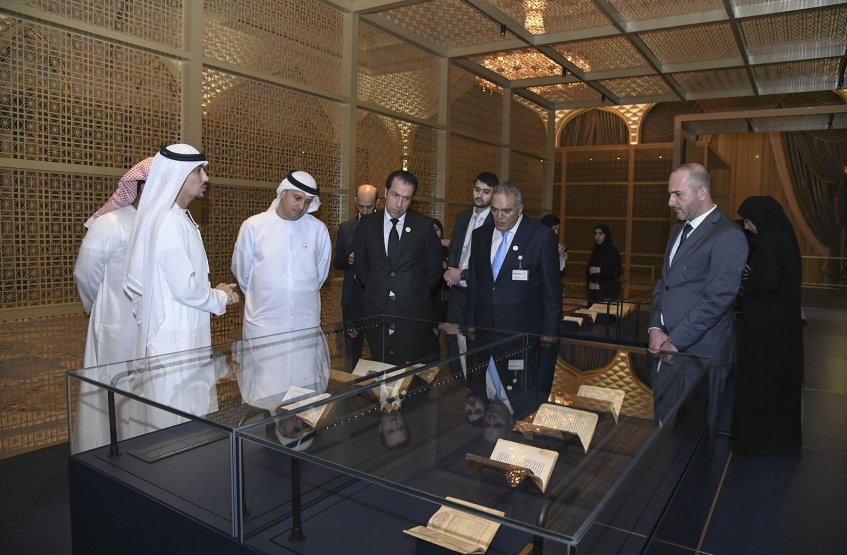 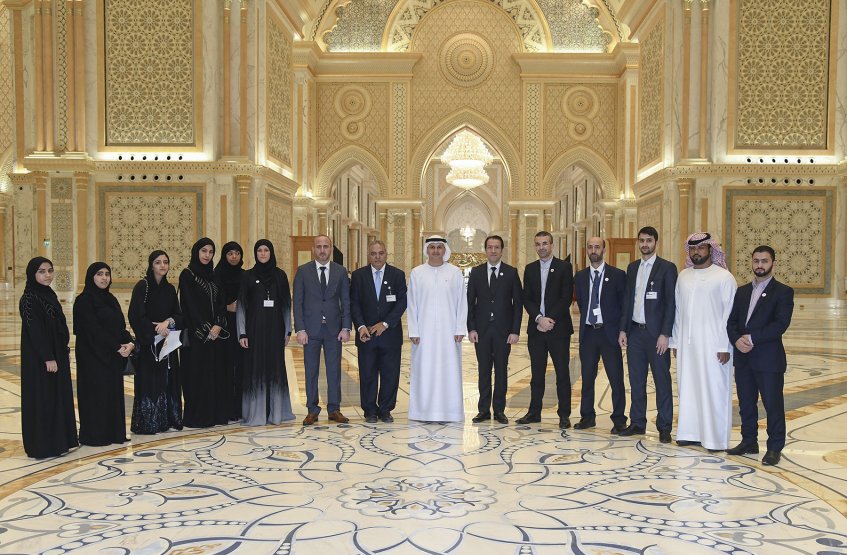 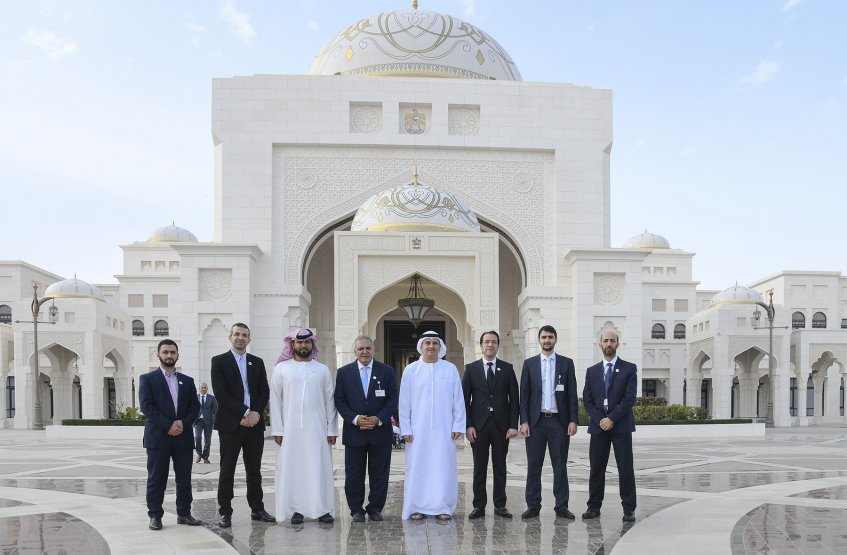 A Delegation from the Al Ain University visited “Qasr Al Watan”, one of the most prominent educational edifice and cultural landmark located within the Presidential Palace complex in Abu Dhabi.

The delegation was headed by Dr. Noor El Deen Atatreh, AAU Chancellor, and accompanied with Dr. Amer Qasem, AAU Vice President, number of academics, administrative staff and students. Where they toured the palace, which highlights the cultural and humanitarian role of the UAE in a modern and unique architectural style.

During the introductory tour of the palace, the delegation provided with a detailed explanation of the idea of building the palace, And the Grand Hall, which is the largest hall in the palace, which has been allocated for the establishment of ceremonies and official receptions. The delegation also listened to an explanation about the “Spirit of Cooperation” hall, which was allocated to host the meetings of the Federal Supreme Council.

The delegation visited the "Al Barza" hall, which reflects the methods of communication between the Governor and his people, as a council to discuss their issues and problems and works to solve them, and the "Palace Library" which contains more than 50,000 books. The delegation was also briefed on the most prominent exhibits and rare works of art that shed light on the golden age of Arab civilization and its contributions through their visit to the Pavilion of Knowledge.

Dr. Atatreh praised the government's decision to open the doors of this distinctive national edifice to be a historical, cultural and tourist destination where citizens, residents and visitors from all over the world will appreciate the historical and cultural balance of a country where creativity and innovation are a key element.

Dr. Qasem praised the efforts of the United Arab Emirates to foster and preserve the heritage of the UAE and the Arab countries, stressing that the palace promotes cultural communication between the UAE and other countries.