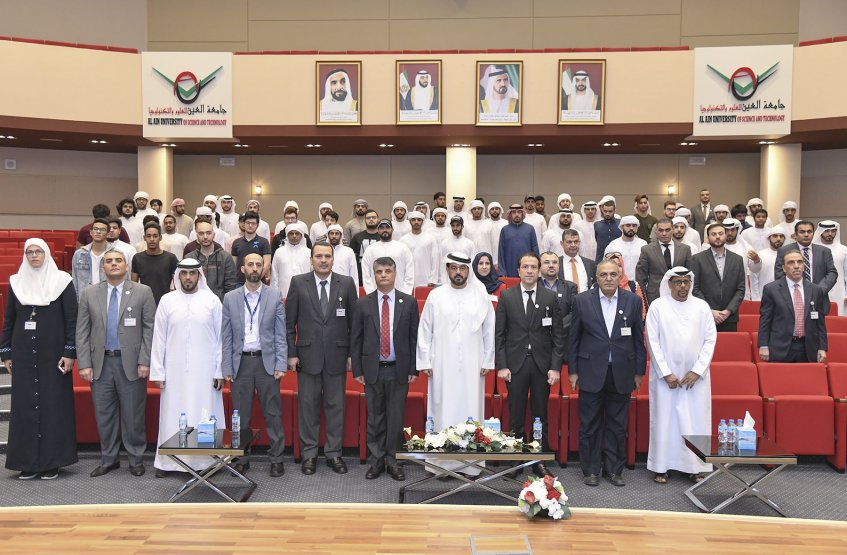 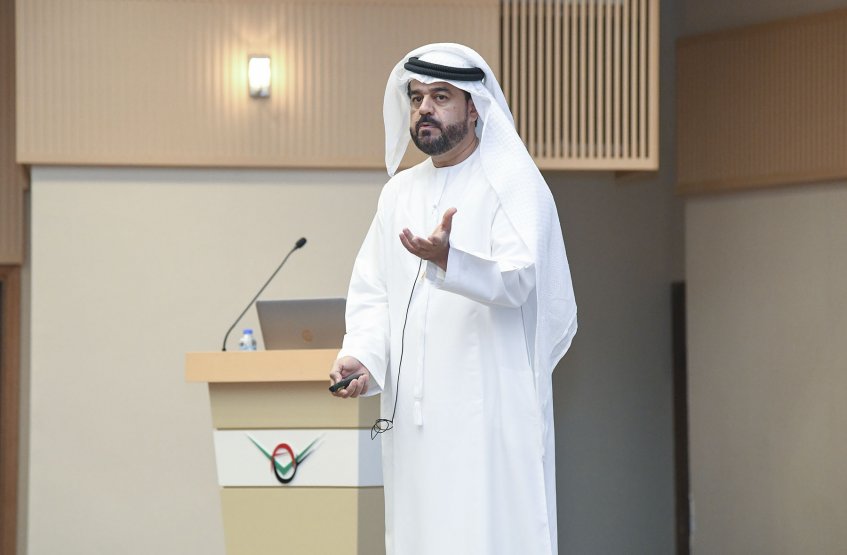 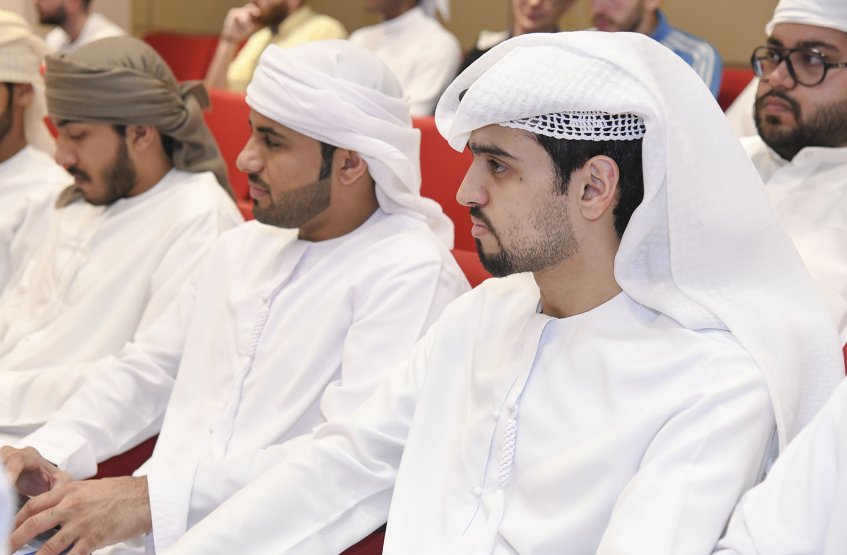 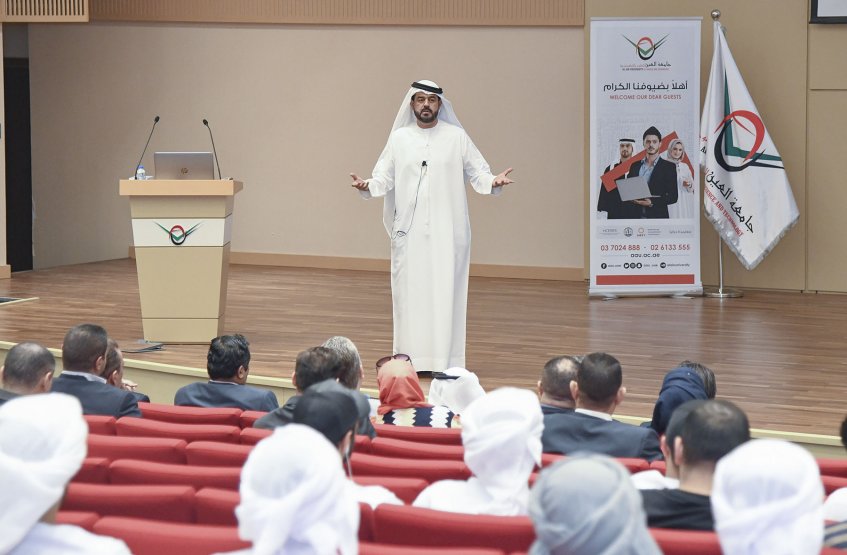 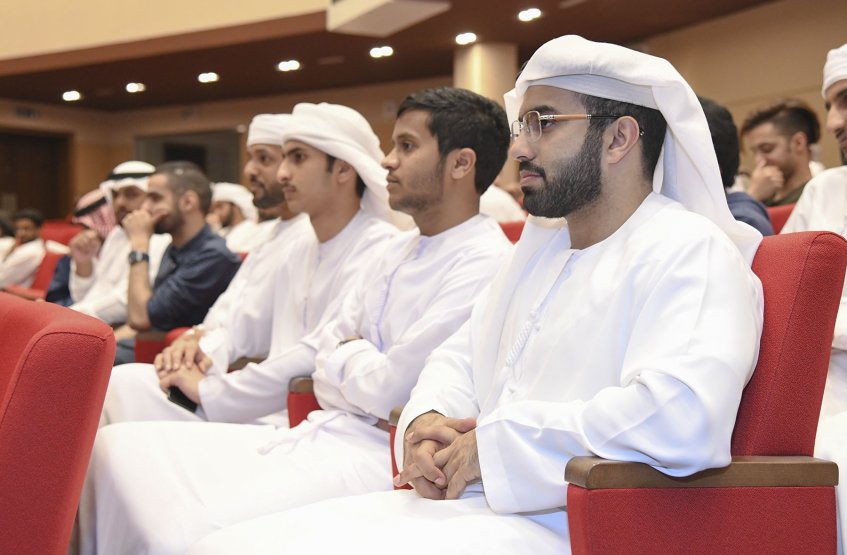 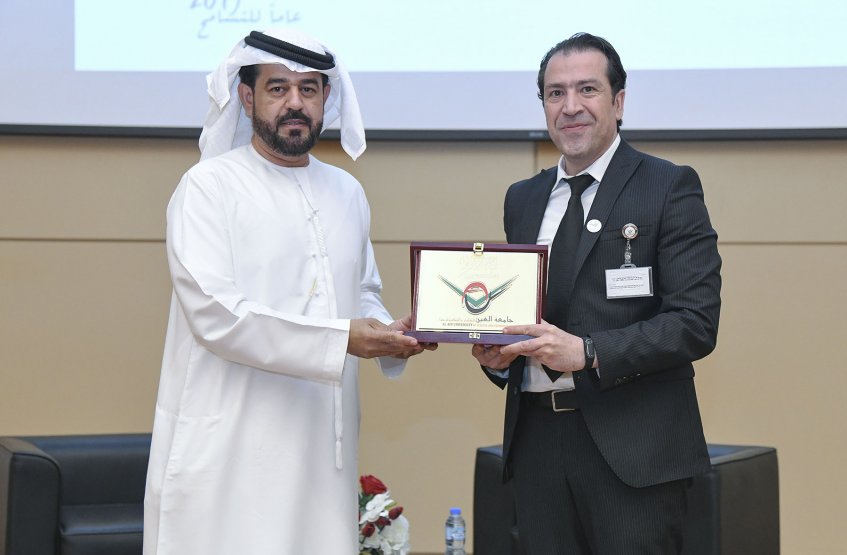 His Excellency Salem Ali Al Shehi, Member of the Federal National Council has been hosted by the Al Ain University, to present a lecture entitled, The UAE as a global capital for tolerance, which was attended by Dr. Amer Qasem, AAU Vice President, Dr. Hani al Jarrah, Deputy Dean of the Deanship of Student affairs, number of academic and administrative staff and students.
HE Al Shehi discussed about tolerance, its meaning and importance on the individual level and on the societal and international levels, stressing the need to promote the values of tolerance and acceptance of the other.
He also highlighted the UAE's tolerance of the approach adopted by the late Sheikh Zayed Bin Sultan Al Nahyan. He pointed out that the State has established this approach by introducing legislation and policies aimed at promoting the values of cultural, religious and social tolerance.
HE Al Shehi praised the role of the wise leadership and its keenness to spread the values of good and tolerance among the different sectors of the society and its nationalities, which are estimated at more than 200 nationalities within the state. He concluded with the importance of the role of the family in promoting tolerance through sound education.
The lecture was organized as part of the series of activities and initiatives of the Al Ain University, for the Year of Tolerance.

“Tolerance Camp” enhances the knowledge and skills of the future generation

AAU plants a Ghaf tree, in collaboration with Takatof