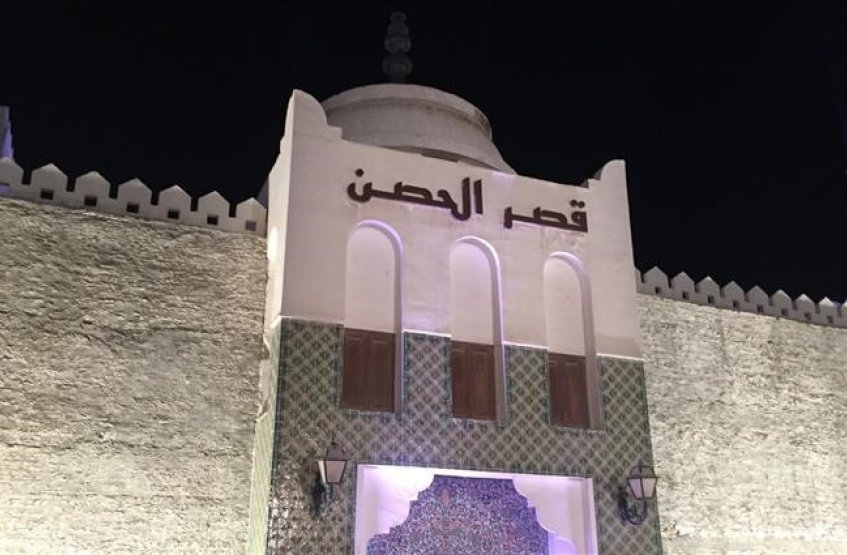 As part of its first activities for the academic year 2020-2021, the Deanship of Student Affairs at Al Ain University, Abu Dhabi campus, organized a virtual visit to Qasr Al Hosn, guided by Ms. Kholoud Al Nuaimi and Ms. Fatima Al Taniji via the Microsoft Teams app.

The virtual visit included an introductory tour of Qasr Al Hosn and the Cultural Complex, where the guides gave a detailed explanation about the oldest historical building in Abu Dhabi which also contains the first permanent architectural structure in the city, namely, the control tower, which was built in the 1890s to protect Abu Dhabi's coastal trade routes and protection of the growing communities on this island. The tour also included a detailed explanation of the cultural complex that contains the largest children's library in the Middle East.

This tour aimed to introduce the younger generation and university students to the ancient heritage and history of the United Arab Emirates. The Deputy Dean of Student Affairs, Dr. Hani Al-Jarrah, thanked the Visitors' Services Committee at Qasr Al Hosn for their efforts and good cooperation in achieving this event.

AAU Strengthens the Role of Psychologist in Society