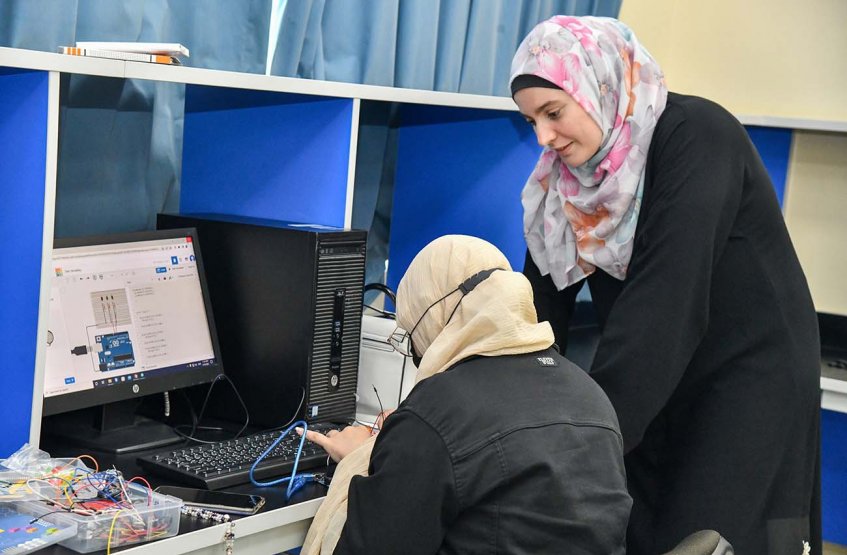 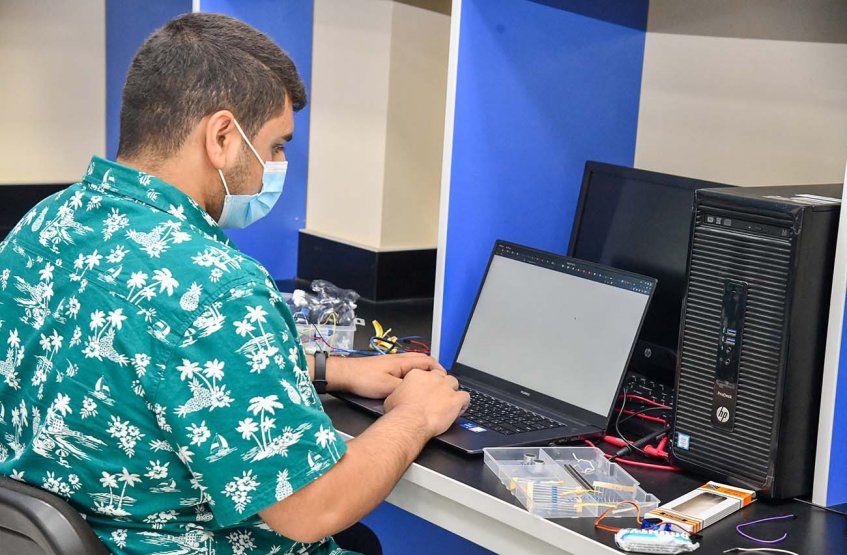 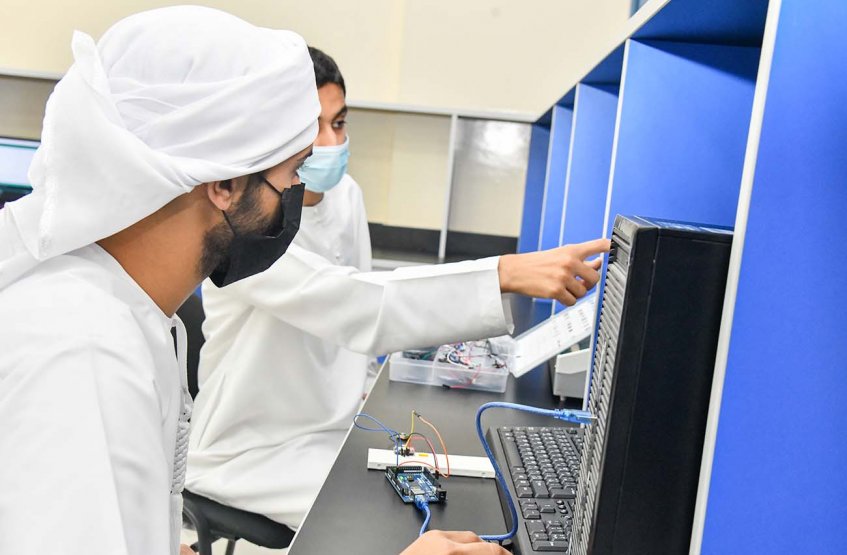 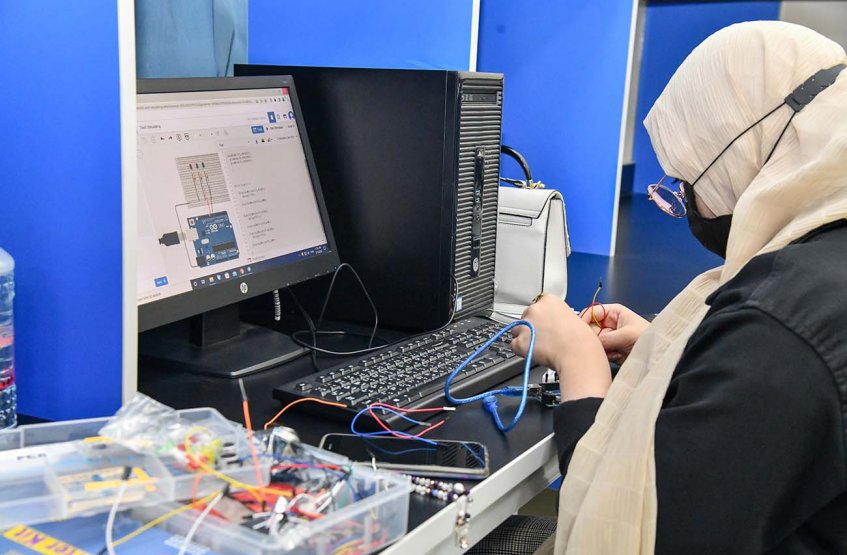 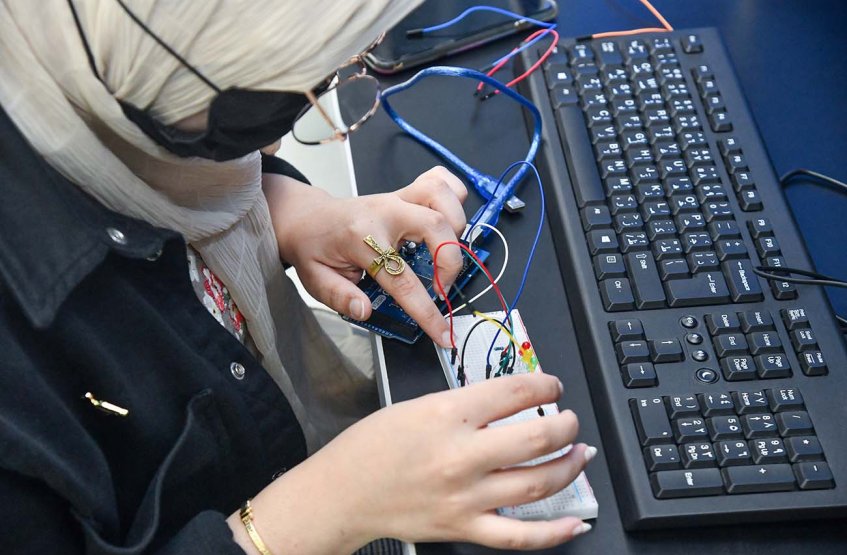 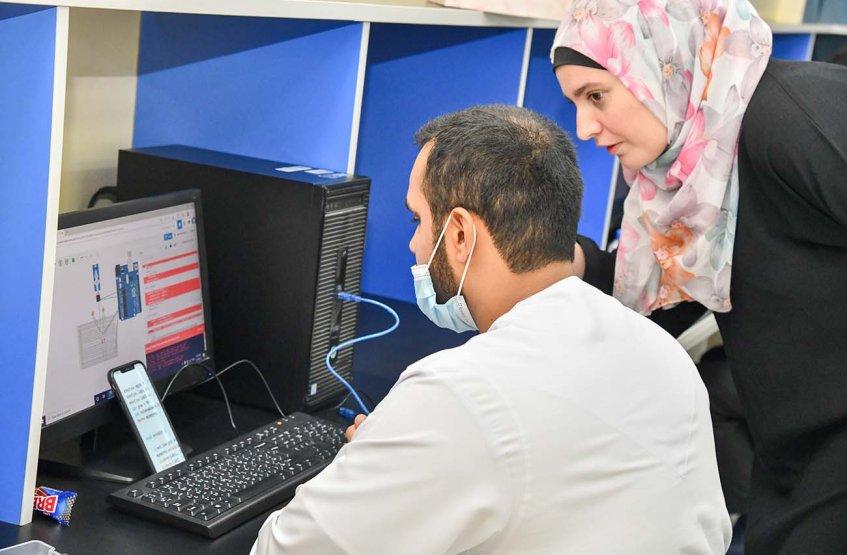 The College of Engineering at Al Ain University, Abu Dhabi Campus, organized the “Arduino for Engineers” workshop; presented by Eng. Huda Alheeh, to support students to create their own Arduino projects.

The workshop was opened with an introduction to Arduino, how it works and how to use it safely. The students were trained on how to program the Arduino by writing a code on the Arduino IDE. They also learned the programming concepts using C and C++ language along with Arduino-specific programming. The workshop also covered many different concepts including working with various types of hardware such as sensors, displays, motors, and general electronics components and the participants were able to build their own innovative projects with Arduino such as a Solar tracker project, a smart parking system, LED Flowing Lights, LED distance indicator,  Active buzzer distance indicator using ultrasonic sensor, etc.

Tinker cad software was introduced to students, which is a simulator that allows students to predict the behavior of the circuits before starting to design the actual ones. The training workshop was closed by conducting a competition on designing a Car Reverse Parking circuit, the student Kenan Ismail Hassan won first place in the competition and was rewarded with a prize. Certificates of participation were then awarded to all participants.

Strengthening the analysis and design skills of civil engineering

Introductory workshop on security and safety in educational Institutions