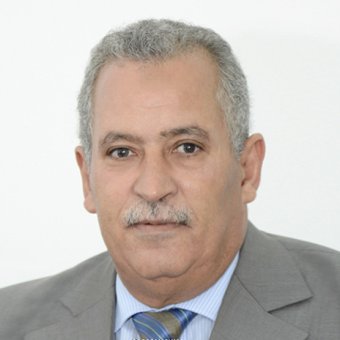 Abstract: Bacterial resistance and antibiotic drug effectiveness can be related to administering generic products with a subtherapeutic dose or poor in vivo drug release. The aim of this study was to investigate whether locally marketed amoxicillin tablets have the required chemical and physical attributes, including in vitro bioequivalence performance. Five generic products (T1, T2, T3, T4, and T5) containing combination of amoxicillin trihydrate and potassium clavulanate as 1 g strength present in immediate release tablets were compared to the reference listed drug product Augmentin® (R) for weight variation, friability, resistance to crushing, and chemical content of amoxicillin. Difference (f 1) and similarity (f 2) factors were calculated to assess in vitro bioequivalence requirements. The tablets from different products have shown compliance with the pharmacopeial requirements of the performed tests. The measured resistance to crushing of tablets did not influence the dissolution time. Three generic products released more than 85% of amoxicillin by the first 15 min as did the reference product and were considered as bioequivalent products. T1 and T4 had f 1 values of 16.5% and 25.4% respectively and their f 2 values were 44.5 and 34.6 respectively, indicating failure to meet in vitro bioequivalence requirements. Tablet formulations can play an important role in achieving bioequivalence. Independent investigations such as this study serve as an important tool to reveal possible inferior or noncompliant products that may find their way to the market.

The Impact of Modern Pharmacy Curriculum on the Student Attitude towards Weight Loss Product Advertisements: A Case Study.

Abstract: Objective: To investigate whether particular courses in modern pharmacy curriculum equips enrolled students with knowledge/skills to differentiate between different claims of weight loss products. Methods: Claims from weight loss products in UAE market were identified and classified to three categories: indicating safety, indicating effectiveness or indicating convenience. They were assessed in a structured survey for the level of persuasion to undergraduate BSc Pharmacy students (n=199) in the College of Pharmacy (CP) in comparison to other undergraduate students (n= 44) from the College of Education (CE) in a University located at Al Ain city, UAE to adopt or recommend the product to their friends. The effect of the particular courses, namely Drug Information and Literature Evaluation (DI) and/or Research Skills (RS), on the level of persuasion was investigated. Results: A trend showing more CP students favoring the different statements was noted particularly if the drug was approved by the FDA (95% confidence interval (CI) 49.9%-63.7%) and being a prescription drug (95% CI 57.6%-71.0%). Moreover, CP students were more distinctive in favoring the different statements, however students' enrollment in DI and/or RS courses did not demonstrate tangible effect. Conclusion: DI and RS that teach pharmacy students to be conservative in accepting claims failed to yield the expected results. DI course should tackle practical issues such as the one in this study. The integrated didactic courses with experiential components that focus on wellness may also offer an alternative or additional solution. Future similar studies should focus on students exiting the pharmacy program to eliminate some confounding factors.

Abstract: Tablet splitting is an accepted practice for the administration of drugs for a variety of reasons, including dose adjustment, ease of swallowing and cost savings. The purpose of this study was to evaluate the physical properties of lisinopril tablets as a result of splitting the tablets either by hand or with a splitting device. The impact of the splitting technique of lisinopril (Zestril® tablets, 20 mg) on certain physical parameters such as weight variation, friability, disintegration, dissolution and drug content were studied. Splitting the tablets either by hand or with a splitter resulted in a minute but statistically significant average weight loss of <0.25% of the tablet to the surrounding environment. The variability in the weight of the hand-split tablet halves was more pronounced (37 out of 40 tablet halves varied by more than 10% from the mean weight) than when using the tablet splitter (3 out of 40 tablet halves). The dissolution and drug content of the hand-split tablets were therefore affected because of weight differences. However, the pharmacopoeia requirements for friability and disintegration time were met. Hand splitting of tablets can result in an inaccurate dose and may present clinical safety issues, especially for drugs with a narrow therapeutic window in which large fluctuations in drug concentrations are undesirable. It is recommended to use tablets with the exact desired dose, but if this is not an option, then a tablet splitter could be usedKhairi M. S. Fahelelbom 1,*, Moawia M. M. Al-Tabakha 2, Nermin A. M. Eissa 1 and Jeevani Javadi 1

Abstract: Objective: The purpose of this study was to verify the claimed acid-resistant properties and other performance indicators for AR Caps (Capsule 5 from CapsCanada) and DRcaps (Capsule 6 from Capsugel) and compare them with the immediate release hydroxypropyl methylcellulose “HPMC” capsules (K-CAPS from CapsCanada). Methods: Shell weight variability, reaction to different relative humidity conditions, empty shells response to stress under the absence of moisture, powder leaking, disintegration and dissolution properties were assessed. Results: Shell weight variability was highest among Capsule 4. At 45% RH and 23oC different types of capsules had similar loss on drying (LOD range: 5.23% – 6.68%). In the absence of moisture and following the application of a stress, empty Capsule 4 shells performed the best with the highest percentage of intactness of capsules (80%) followed by Capsule 6 (50%) and then Capsule 5 (20%). Both disintegration and dissolution test results for Capsule 4 deemed satisfactory for conventional release purposes, but Capsule 5 and 6 do not comply with the USP requirement for delayed-release dosage form. None of the tested capsules have the ability to protect hygroscopic encapsulated material from humid conditions as generally claimed. Conclusion: While HPMC capsule made for conventional release properties may be fit for that purpose, the new generation of capsules designed to protect the ingredient from the acid environment of stomach have not performed in such a manner as to comply with the USP requirements for disintegration and dissolution of delayed-release dosage form.

The purpose of this study was to assess the in vitro performances of “vegetable” capsules in comparison to hard gelatin capsules in terms of shell weight variation, reaction to different humidity conditions, resistance to stress in the absence of moisture, powder leakage, disintegration and dissolution. Two types of capsules made of HPMC produced with (Capsule 2) or without (Capsule 3) a gelling agent and hard gelatin capsules (Capsule 1) were assessed. Shell weight variability was relatively low for all tested capsules shells. Although Capsule 1 had the highest moisture content under different humidity conditions, all capsule types were unable to protect the encapsulated hygroscopic polyvinylpyrrolidone (PVP) powder from surrounding humidity. The initial disintegration for all Capsule 1 occurred within 3 min, but for other types of capsules within 6 min (n = 18). Dissolution of acetaminophen was better when the deionized water (DIW) temperature increased from 32 to 42 °C in case of Capsule 1, but the effect of temperature was not significant for the other types of capsules. Acetaminphen dissolution from Capsule 1 was the fastest (i.e. >90% in 10 min) and independent of the media pH or contents unlike Capsule 2 which was influenced by the pH and dissolution medium contents. It is feasible to use hypromellose capsules shells with or without gelling agent for new lines of pharmaceutical products, however, there is a window for capsule shells manufacturing companies to improve the dissolution of their hypromellose capsules to match the conventional gelatin capsule shells and eventually replace them.

A number of 2-((4-ethylphenoxy)methyl)-N-(substituted-phenylcarbamothioyl) benzamides (1a–h) were synthesized via reaction of 2-((4-ethylphenoxy)methyl)benzoyl isothiocyanate (2) as a key intermediate with several substituted primary aromatic amines. The new compounds were characterized by proton nuclear magnetic resonance (1H-NMR), carbon-13 nuclear magnetic resonance (13C-NMR), infrared spectrometry (IR), mass spectrometry (MS), and elemental analysis. The anti-inflammatory activity of 1a–h was investigated by acute carrageenan-induced paw edema in mice using the reference drug indomethacin. The results obtained indicated that, of the derivatives developed, 1a and 1d–h exhibited significantly higher anti-inflammatory activity (26.81%–61.45%) when compared with the reference drug indomethacin (22.43%) (P = 0.0490 for 1a, 0.0015 for 1d, 0.0330 for 1f, and P < 0.001 for 1e and 1h). Moreover, the ulcer incidence of 20% for 1e and 1h was clearly lower when compared with the indomethacin group (in which the ulcer incidence was 80%). Of particular note, the ulcer index of 0.2 for 1e was significantly less than that in the indomethacin group (0.6, P = 0.014). Additionally, prostaglandin E2 (PGE2) inhibitory properties were found to be high with 1e (68.32 pg/mL), significantly different from those of the placebo group (530.13 pg/mL, P < 0.001), and equipotent to the effect observed in the indomethacin-pretreated group (96.13 pg/mL, P > 0.05). Moreover, the PGE2 level of 54.15 pg/mL with 1h was also significantly different from that of the placebo group (P < 0.001) and of the indomethacin group (P < 0.05). The significant inhibition of PGE2 observed with 1e (68.32 pg/mL) and 1h (54.15 pg/mL) agree with their observed ulcer incidences. Our overall findings for N-phenylcarbamothioylbenzamides 1a–h clearly suggest that the compounds exhibit an anti-inflammatory effect, potently inhibit PGE2 synthesis, and markedly demonstrate low ulcer incidence.

Abstract: A new series of 1,3-thiazole and benzo[d]thiazole derivatives 10–15 has been developed, characterized, and evaluated for in vitro antimicrobial activity at concentrations of 25–200 μg/mL against Gram+ve organisms such as methicillin-resistant Staphylococcus aureus (MRSA), Gram–ve organisms such as Escherichia coli (E. coli), and the fungal strain Aspergillus niger (A. niger) by the cup plate method. Ofloxacin and ketoconazole (10 μg/mL) were used as reference standards for antibacterial and antifungal activity, respectively. Compounds 11 and 12 showed notable antibacterial and antifungal activities at higher concentrations (125–200 μg/mL), whereas benzo[d]thiazole derivatives 13 and 14 were found to display significant antibacterial or antifungal activity (50–75 μg/mL) against the Gram+ve, Gram–ve bacteria, or fungal cells used in the present study. In addition, a correlation between calculated and determined partition coefficient (log P) was established which allows future development of compounds within this series to be carried out based on calculated log P values. Moreover, compounds 13 and 14 show that the optimum logarithm of partition coefficient (log P) should be around 4.

Abstract: Problem statement: Several studies on the synthesis of new nifedipine analogs have been carried out, but the literature reveled that no study on the synthesis and calcium channel blocking activity of the substituted ester with an amide (5-phenylcarbamoyl) moiety has been reported. Approach: Six new derivatives of m-nifedipine have been successfully synthesized by substituting an ester moiety with an amide (5-phenylcarbamoyl) moiety, using a modified Hantzsch reactions and tested for their pharmacological activities. The nifedipine analogs 1-6 were characterized and confirmed using elemental analysis, Infrared spectroscopy (IR), Nuclear Magnetic Resonance (1H NMR) and Mass spectroscopy. The purity of the compounds was ascertained by melting point and TLC. The in vitro calcium channel blocking activities were evaluated using the high K+ concentration of Porcine Coronary Artery Smooth Muscles (PCASM) assay. Results: The compounds (1-2) failed to exhibit any blocking activity (IC50 = 10−7 to 10−5 M range), while the compounds 3-6 relaxed precontracted porcine coronary artery smooth muscles with pEC50 values ranging between 4.37±0.10 (compound 3) and 6.46±0.07 (compound 5), indicating that compounds 3-6 exhibit comparable potencies in blocking calcium channels to reference drug varapamil (6.97±0.15) and m-nifedipine (6.48±0.05). Conclusion: The results of this study showed that some of the developed new compounds possess maximal calcium channel blocking effects comparable to m-nifedipine. The developed compounds in the present study will predicatively show an increased metabolic stability and consequently longer duration of actions compared to m-nifedipine and could be, therefore, suitable candidates for further optimization to be evaluated as a new class of antihypertensive drugs.

A series of 1,3-oxazole, 1,3-thiazole, isomeric 1,2,4-oxadiazole, 1,3,4-oxadiazole, and 1,2,3,4-tetrazole heterocycles was synthesized. All the compounds shared as a common feature the presence of a 4-hydroxyphenyl substituent. The structures of the synthesized compounds were confirmed by MS, 1H-NMR, and elemental analysis. In vitro antimicrobial activity for all the newly synthesized compounds at concentrations of 200-25 μg/mL was evaluated against Gram+ve organisms such as methicillin-resistant Staphylococcus aureus (MRSA), Gram–ve organisms such as Escherichia coli (E. coli), and the fungal strain Aspergillus niger (A. niger) by the cup plate method. Ofloxacin and ketoconazole (10 μg/mL) were used as reference standards for antibacterial and antifungal activity, respectively. Compounds 15, 16, and 20 showed notable antibacterial and antifungal activities at higher concentrations (200 μg/mL), whereas 17-19 were found to display significant antibacterial or antifungal activity (25-50 μg/mL) against the Gram+ve, Gram–ve bacteria, or fungal cells used in the present study. View Full-Text