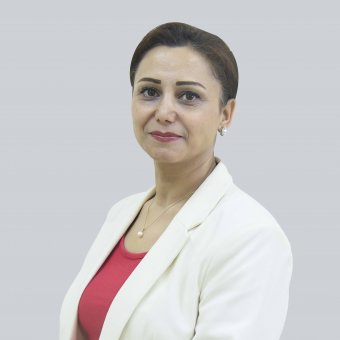 Learning management systems (LMSs), such as Moodle, has been used by many academic institutions to improve teaching and student learning experience. This paper examines the use of LMS as a course delivery system and an electronic assessment (e-assessment) tool for improving the learning process. This study analyses educators’ perspective on the use of Moodle based on effectiveness, helpfulness, user-friendly interface design, and flexibility in delivering online courses. Quantitative and qualitative data were collected using a survey questionnaire from 81 instructors from five colleges of Al Ain University of Science and Technology (AAU) who have been involved in using LMS for the delivery of courses. The respondents agreed, in general and independent of their college affiliation, that the functionality of the LMS is effective; reliable, usable, maintainable and efficient. In addition, respondents showed a positive attitude toward using the LMS and dedicating specialised trainers according to users’ needs.

We consider optimal testing of a system in order to demonstrate reliability with regard to its use in a process after testing, where the system has to function for different types of tasks, which we assume to be independent. We explicitly assume that testing reveals zero failures. The optimal numbers of tasks to be tested are derived by optimisation of a cost criterion, taking into account the costs of testing and the costs of failures in the process after testing, assuming that such failures are not catastrophic to the system. Cost and time constraints on testing are also included in the analysis. We focus on study of the optimal numbers of tests for different types of tasks, depending on the arrival rate of tasks in the process and the costs involved. We briefly compare the results of this study with optimal test numbers in a similar setting, but with an alternative optimality criterion which is more suitable in case of catastrophic failures, as presented elsewhere. For these two different optimality criteria, the optimal numbers to be tested depend similarly on the costs of testing per type and on the arrival rates of tasks in the process after testing.

We study sample sizes for testing as required for Bayesian reliability demonstration in terms of failure-free periods after testing, under the assumption that tests lead to zero failures. For the process after testing, we consider both deterministic and random numbers of tasks, including tasks arriving as Poisson processes. It turns out that the deterministic case is worst in the sense that it requires most tasks to be tested. We consider such reliability demonstration for a single type of task, as well as for multiple types of tasks to be performed by one system. We also consider the situation, where tests of different types of tasks may have different costs, aiming at minimal expected total costs, assuming that failure in the process would be catastrophic, in the sense that the process would be discontinued. Generally, these inferences are very sensitive to the choice of prior distribution, so one must be very careful with interpretation of non-informativeness of priors.