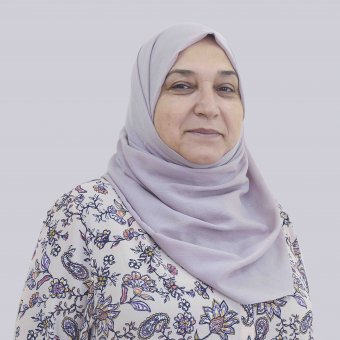 Marketing Intelligence in the Era of Big Data

The internet played a heroic role in the information revolution by bringing with it a greater scope of change, not only technologically, but societally as well. Convergence of computers and communications and what they do with information has changed our lives. Dependence on data has increased dramatically in the past decade, whether data are used by governments to monitor terrorism or by businesses to survive in the market or provide a competitive advantage. But with such powerful tools comes many responsibilities. This paper explores the ethical ramifications of using big data to conduct business or any other type of activity. We explore the various rules and regulations companies and governments place to help gauge the use of such powerful tools. This paper aims to answer the following question: What are the ethical issues facing businesses and customers when using big data?

Predicting energy consumption is very important for improving resource planning and for more efficient production. This study uses artificial neural network (ANN) models to predict energy consumption in the United Arab Emirates (UAE). The multilayer perceptron model (MLP) and Radial Basis Function (RBF) were used for this purpose. Historical input and output data related to the long-term energy consumption in the UAE were used for training, validation, and testing. The developed neural network models were compared to find the most suitable model with high accuracy.

Published in: International Journal of Applied Business and Economic Research

Work values are a significant factor that impacts employees’ job satisfaction and their commitment to work. Understanding generational diversity among employees and using the right strategy to manage them are important for organizational success. Diversity across generations was theorised and applied in Western cultures. This research investigated if generational diversity can be expanded equally to United Arab Emirates workforce. A sample of university employees was surveyed. Employees as a whole identified extrinsic factors such as job security, intrinsic interest, social, and power work values as the most important values. The results revealed that there are no variations in work values.

Credit risk remains the most critical challenge facing bank’s management as it adversely affects the profitability and stability of the bank. However, despite the rise in loan delinquency and the serious competition in the banking market, loan application evaluations at the Jordanian commercial banks are subjective in nature. Additionally, the ability to discriminate between ‘good’and ‘bad’risk applications is critical. Rejecting a good application might cause loss of future potential profit while approving a bad application might cause loss of principal money and interest. The current research aims to develop credit decision support using linear discriminant analysis (LDA), multi-layer perceptron (MLP) and CART decision trees for the protection against credit risk. A pooled data set of personal loans from Jordanian commercial banks was used to build the decision models. The discriminative power of the developed models was assessed using average correct classification rate (ACC) and the estimated misclassification cost (EMC). The results showed that the MLP model achieved the highest ACC as well as the lowest EMC.

Big Data: Unleashing The Match Between Quality and Quantity

The quantity and complexity of data in business activities are growing exponentially. The advancement of technology, low-cost hardware and storage devices, and extensive use of the Internet and online applications pushed the projected size of the collected data to be measured into the zettabyte range (10 21 bytes). The term Big Data applies to data sets whose size exceeds the capability of existing tools in capturing, accessing, analyzing, and interpreting data in a reasonable amount of time. Nothing comes without a price. The more data one collects, the more prone they are to making errors or misusing data. In a recent survey, more than 500 organizations admitted that data quality is a problem for them. Furthermore, data quality is measured through many dimensions, making it more complex to determine whether the collected data is usable. Finally, information quality itself has more than one dimension, rendering it more difficult to determine whether data created “good” information. We use a theoretical approach to focus on Big Data’s and information quality’s developmental characteristics. We aimed to create a theoretical framework linking Big Data and information quality to answer the following two questions: Are business organizations able to make use of Big Data? and Are business organizations able to interpret the data so it can support real-time decision making? We depend on a literature review to build a data-quality framework to determine the link between Big Data and information quality.

Published in: Review of Development Finance

Despite the increase in the number of non-performing loans and competition in the banking market, most of the Jordanian commercial banks are reluctant to use data mining tools to support credit decisions. Artificial neural networks represent a new family of statistical techniques and promising data mining tools that have been used successfully in classification problems in many domains. This paper proposes two credit scoring models using data mining techniques to support loan decisions for the Jordanian commercial banks. Loan application evaluation would improve credit decision effectiveness and control loan office tasks, as well as save analysis time and cost. Both accepted and rejected loan applications, from different Jordanian commercial banks, were used to build the credit scoring models. The results indicate that the logistic regression model performed slightly better than the radial basis function model

Published in: Australian Journal of Basic and Applied Sciences

Commercial banks in Jordan are regarded as vitally important and competitive financial organizations that seek profit by providing various financial services to various customers while managing different types of risk. Credit forms a cornerstone of the banking industry as credit behavior stronglyinfluences the profitability and stability of a bank. Therefore, loan decisions for such instuitions are crucialbecause they can avert credit risk. However, loan application evaluation at Jordanian banks is subjective based oncredit officer's intuition and sometimes a combination of credit officer'sjudgment and traditional credit scoring models. On the other hand, banks store data about their customers in data warehouses which can be viewed as hidden knowledge assets that can be accessed and used through data mining tools. Artificial Neural Networks (ANN) represent a recent development of a new family of statistical techniques

Recently, as the population of customers is becoming global, the growing competitive pressure has forced the marketing industry to use different strategies in order to create valuable customers and serve them profitably. Through scrutinizing customers’ purchasing behavior, marketers will be able to identify their potential group of customers. Marketing such potential customers directly will minimize cost by avoiding unwanted promotions and improve the response rate especially when mailing the product to customers who would be most capable, enthusiastic and want to buy. Artificial neural networks (ANNs) have been used in many business applications in problems such as classification, pattern recognition, forecasting, optimization and clustering. This paper aims to use self organizing map SOM (an artificial neural networks model) to segment customers according to their purchasing behavior. The results showed that SOM is one of best practices that can be used in customer segmentation.

Published in: American Journal of Economics and Business Administration

Problem statement: Despite the increase in consumer loans defaults and competition in the banking market, most of the Jordanian commercial banks are reluctant to use artificial intelligence software systems for supporting loan decisions. Approach: This study developed a proposed model that identifies artificial neural network as an enabling tool for evaluating credit applications to support loan decisions in the Jordanian Commercial banks. A multi-layer feed-forward neural network with backpropagation learning algorithm was used to build up the proposed model. Results: Different representative cases of loan applications were considered based on the guidelines of different banks in Jordan, to validate the neural network model. Conclusion: The results indicated that artificial neural networks are a successful technology that can be used in loan application evaluation in the Jordanian commercial banks.

Published in: International Journal of Computer Science and Network Security

Artificial Neural Networks play an increasingly important role in financial applications for such tasks as pattern recognition, classification, and time series forecasting. This study develops a proposed model that identifies artificial neural network as an enabling tool for evaluating credit applications to support loan decisions in the Jordanian commercial banks. A multi-layer feed-forward neural network with backpropagation learning algorithm was used to build up the proposed model. Different representative cases of loan applications were considered based on the guidelines of different banks in Jordan, to validate the neural network model. The results indicate that artificial neural networks are a successful technology that can be used in loan application evaluation in the Jordanian commercial banks.

Published in: Journal of Contemporary Research in Business

Published in: International Journal of Computer Science and Network Security