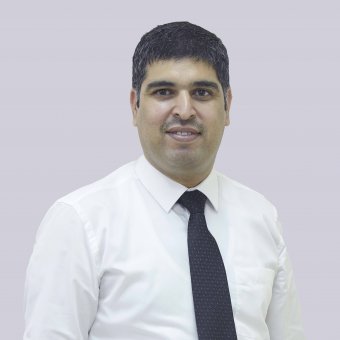 International Society for Development and Sustainability

The purpose of this paper is to systematically synchronise the development of Shari'ah governance in the light of Islamic epistemology. The paper explores governance from the Islamic point of view by referring to various verses from the Holy Qur'an. Also, the paper enumerates the Ps of Islamic governance through shedding light on the teachings of the Holy Qur'an. An in-depth literature review is done to identify the enablers of Shari'ah corporate governance model. Furthermore, interpretative structure modelling (ISM) is applied to propose a Shari'ah governance model for all Islamic countries and countries that follow Islamic banking system. The key variables are identified with the help of MICMAC analysis. The results reveal that there are various conflicting issues that exist among business operations of the Islamic financial industry. One of the issues is lacking uniformity regarding considerations related to Halal/Haram transactions. The paper suggests a suitable model for implementing Shari'ah governance and making it globally acceptable.

The impact of corporate governance on financial performance of Indian and GCC listed firms: An empirical investigation

The determinants of liquidity of Indian listed commercial banks: A panel data approach

The aim objective of this study is to examine the liquidity determinants of Indian listed commercial banks. The study has applied both GMM and pooled, fixed and random effect models to a panel of 37 commercial banks listed on the Bombay Stock Exchange (BSE) in India for the period from 2008 to 2017. The banks’ liquidity (LQD) was taken as a dependent variable which functioned against both bank-specific and macroeconomic determinants. The results indicated that among the bank‐specific factors, bank size, capital adequacy ratio, deposits ratio, operation efficiency ratio, and return on assets ratio are found to have a significant positive impact on LQD, while assets quality ratio, assets management ratio, return on equity ratio, and net interest margin ratio are found to have a significant negative impact on LQD. With respect to macroeconomic factors, the results indicated that interest rate and exchange rate are found to have a significant effect on LQD. The Reserve Bank of India (SBI) should give benchmarks for the above mentioned ratios to achieve smooth liquidity of commercial banks in India. The study recommended that bankers should consider assets quality in such a way that improves banks’ performance. Finally, the current study provides useful insights for bankers, analysts, regulators, investors, and other interested parties on the liquidity of listed commercial banks.

The current paper examines the impact of oil price (OP) fluctuations on Islamic banking investments growth in the UAE. Besides, OP, the study also uses other variables like Gross Domestic Product and Foreign Direct Investment to identify the determinants of the Islamic banking investments growth in the emerging economy, UAE. The study is based on econometric analysis with the help of annual time series data from 1990 to 2015 for the study variables. Stationary tests, cointegration methods, vector error correction model, and Granger causality tests are used in the analysis. The major findings of the study revealed that OPs have long-term and short-term relationships on the Islamic banking investments in the UAE. Our results explore the importance of OP stabilization in enhancing growth and progress in the UAE economy. The Government of UAE should reform policies and procedures to minimize the effect of such volatility in OPs which in turn leads to positive impacts on the UAE economy as well.

The determinants of profitability of Indian commercial banks: A panel data approach

The current study examines the determinants of profitability of Indian commercial banks. The analysis is conducted over a period of 10 years in which the Indian banking sector has gone under different changes such as demonetization and issues related to banking sector sustainability and banking sector frauds. The analysis is based on balanced panel data over a period ranging from 2008 to 2017 for 69 commercial Indian banks. Profitability of Indian banks is measured by two proxies, namely, return on assets (ROA) and return on equity (ROE), whereas bank size, assets quality, capital adequacy, liquidity, operating efficiency, deposits, leverage, assets management, and the number of branches are used as bank‐specific factors. Further, a set of macroeconomic determinants such as gross domestic product, inflation rate, interest rate, exchange rate, financial crisis, and demonetization are used as independent variables. Stationary test along with pooled, fixed, random effect models and panel correction standard error are used in this study. The results revealed that bank size, the number of branches, assets management ratio, operational efficiency, and leverage ratio are the most important bank‐specific determinants that affect the profitability of Indian commercial banks as measured by ROA. Furthermore, among the bank‐specific determinants, the results revealed that bank size, assets management ratio, assets quality ratio, and liquidity ratio are found to have a significant positive impact on ROE. With regard to the macroeconomic determinants, the results revealed that the inflation rate, exchange rate, the interest rate, and demonization are found to have a significant impact on ROA. However, in the case of ROE, the results show that all m​a​

The impact of demonetization on Indian firms’ performance: Does company’s age make a difference?

Purpose The purpose of this paper is to identify the critical success factors for sustainable growth of the Indian banking sector and develop a model for Indian banks by using interpretive structural modelling (ISM). It suggests some of the critical measures of sustainability for Indian banks. Design/methodology/approach This paper aims to establish a relationship among the factors of sustainable banking through the opinion of experts from the banking sector. ISM approach is applied to bring down the complexity of relationship among factors. ISM ranked the factors as per their ability to facilitate and dependence on other factors and helps to develop a comprehensive, systematic model based on the relationship amongst those factors. After developing the model, second reviews by the experts are conducted for their comments and thus, the final model comes into existence. Findings Legal and environmental compliance is determined as the key factor which is driving the other factors of sustainable banking. It will surely going to pose a challenge for business concerns for initiating various sustainable steps that will be a motivational factor for generating business opportunities and sustainable collaboration. Practical implications The study provides a comprehensive framework of sustainable banking which can be applied to various Indian banks. It helps to develop coherence between conventional and sustainable dimensions of banking. Originality/value The ISM is applied for the first time in case of sustainability in the banking sector to bring about a model for sustainable banking in India.

The impact of political instability, macroeconomic and bank-specific factors on the profitability of Islamic banks: An empirical evidence

This study investigates the impact of political instability, macroeconomic and bank-specific factors on the profitability of Islamic banks in the context of Yemen. The study used two common measures of profitability, namely, Return on Assets (ROA) and Return on Equity (ROE) as dependent variables. Seven key independent (internal and external) variables are also used. There are five fully-fledged Islamic banks (IBs) working in Yemen. The study selected only three out of five IBs due to the availability of data for the period ranging from 2010 to 2014. The descriptive and multiple regression analyses were done. The results of the study indicate that operating efficiency and financial risk have negative and significant relationships with ROA and ROE. The findings also show that capital adequacy has a negative and insignificant relationship with ROA and ROE. Furthermore, the study reveals that assets size (LogA), assets management, liquidity and deposits have a significant and positive impact on banks’ profitability. GDP, Inflation rate (IR) and Political instability have positive and significant impact on Yemeni banks’ profitability. Based on the best knowledge of the authors, this study is considered one of the first and pioneering studies that determine the factors affecting the profitability of Islamic banks of Yemen. Therefore, the study gives good insights for the policy makers, regulators and interested parties for enhancing the profitability of Islamic banks in Yemen.

Liquidity, profitability and solvency of UAE Banks: A comparative study of commercial and Islamic Banks

The banking sector plays a vital role in growth-supporting factor for economic growth in the world’s fastest-growing economies like India. Recently, Islamic banking has become an increasingly popular method for alleviating poverty, financial inclusion and economic development around the world. Its importance is highly needed in developing and emerging countries such as India. The main purpose of the paper is to identify and prioritize the critical impeding factors for Islamic banking growth in India. The study is conducted in two stages: the first stage involves investigating the current literature works regarding the challenges facing Islamic banking industry in India, while the second stage is based on identifying and prioritizing these challenges according to its importance in hindering Islamic banking growth by Analytic Hierarchy Process (AHP). AHP is a multi-criterion decision making tool for organizing and analyzing decisions, based on qualitative and quantitative measures. The results show that the regulatory environmental challenge is the most significant factor among other factors in impeding the growth of Islamic banking in India followed by lack of Islamic banking experts and scholars. The third main challenge is lack of awareness for Islamic banking instruments followed by lack of standardization and the last is lack of cooperation and coordination between Islamic banking authorities. This study is considered the first one to address empirically the challenges facing Islamic banking industry in the world and particularly in India.

Do Islamic banks contribute to growth of the economy? Evidence from United Arab Emirates (UAE)

Islamic finance has grown rapidly in the recent years particularly in the Middle East and the world. It receives a great attention of bankers and financial scholars due to its stability during financial shocks and crises. The paper uses empirical analysis to test the role of Islamic banking in enhancing the economic growth of United Arab Emirates (UAE). Gross Domestic Product (GDP), Gross formation (GF), and Foreign Direct Investment (FDI) are used as representatives for economic growth, while Islamic banks' investments are used as a representative for Islamic financial sector in the UAE. The study uses time series techniques to test the link between the variables. In the current study, co-integration along with error correction models is utilized. All econometric work is done using Eviews. The findings reveal that the causal relationship between Islamic banks' investments and economic growth of UAE is supply-leading direction. Furthermore, the findings depict that Islamic investments have contributed in increasing investments and in bringing FDI into the country in the long-term. The study also shows that there is two-way association between Islamic banks' investments and FDI. It shows that FDI supports Islamic banking and Islamic banking brings FDI. The paper concludes that authorities of the UAE should devote more attention for this growing banking sector by facilitating regulations for establishing new Islamic banks and then creating a suitable environment for their growth and progress in the UAE.